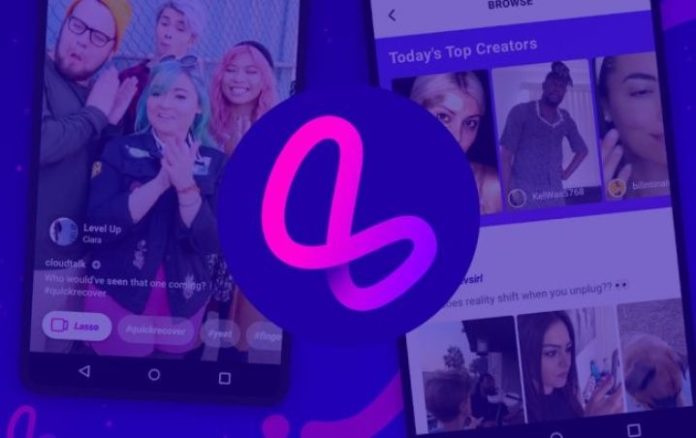 Last Friday, Facebook Inc. (NASDAQ:FB) discreetly launched their standalone video app called “Lasso”. The app stands to be a direct competition, to the famous video app “TikTok”. Facebook Lasso is practically the same as TikTok. It provides the similar functionality of capping the videos at 15 seconds and additional features like lip-syncing to the users’ favourite songs from the existing library of licensed music in the app itself.

What comes as a surprising fact is that after failing to procure Snapchat, this is the second such app that Facebook has tried to incorporate under its name. What’s been even more surprising is that there has been no official statement released on the launch by Facebook, rather it is placed quite silently in the market.

The ultra-popular TikTok (formerly known as Musical.ly) is essentially a Chinese app that helps users create short format videos ranging from beauty and fitness to music etc. Lasso’s features also seem to be rather similar to that of TikTok. The Chinese app has gained immense popularity in terms of the number of downloaded as well as the number of users it is currently housing. The popularity of TikTok could be measured by its exceptional growth as the app launched in 2016 hit 500 million users mark in July this year.

The maximum users that have been found to be on TikTok belong majorly in the teenage. The users enjoy the facility of dancing and miming to their favourite tunes and also broadcasting them live. It is a known fact that Facebook, has in the past, tried to procure apps and sites that house a large number of users. For example, WhatsApp and Snapchat. However, after failing to acquire Snapchat, Facebook went to the lengths of adding Instagram stories that are similar in fashion to those on Snapchat. Not only did Facebook managed to bring a reduction in Snapchat users, but it also doubled its number of users under Instagram. This move also attracted the older users who weren’t too comfortable with using Snapchat.

But owing to the vast amount of controversies that Facebook has been involved in has deepened the gaps between the social media giant and its users, the company has witnessed a major trust issue between itself and its users. A survey by Pew Research Centre, about 54% of Facebook users have had to change their privacy settings in the past twelve months. About 42%have reportedly taken a break from checking their Facebook. While about 26% have gone to the extent of deleting the app from their devices.

Facebook has had so many major charges and allegations against itself, like for example, the Cambridge Analytica scandal, retaining the videos deleted by the users, Russia meddling and fake news etc, that it is facing difficulty in retaining as well as acquiring both new and old users. Due to this, the company is striving to infinite lengths to make itself attractive spot for various users. Thus, the launching of “Lasso” is another venture into attracting the users towards itself.

It has been suggested that these tactics highlight Facebook’s paranoia about the briskly changing social media environment, where one has to move quickly to procure or copy any new idea that could threaten to cause a disruption in one’s own survival. The sharp drop in Facebook’s popularity and increasing popularities of apps like TikTok has driven Facebook to reach out of the box and release an app quite similar to its own contender, in an attempt to keep its users engaged as well as attract young generation. Another seemingly good effort to do the same as the Portal, that aimed at improving the stats of video-calling.

Thus, one can conclude that this effort with “Lasso” is a fairly good move, considering the current popularity of short-format videos, but whether or not this effort will sprout fruits is yet remained to be seen. Facebook may have made its way into another sub-context of social media, but will it be able to make its mark? And is this going to become a regularity, to see Facebook recreate its versions of our favourite app? These questions remain to be answered.