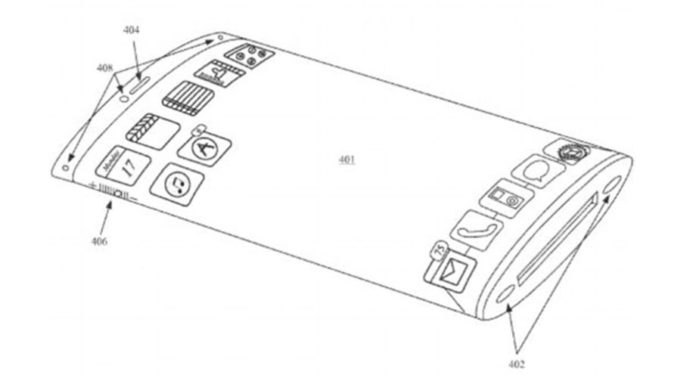 Brand name alone doesn’t guarantee success in the future if a company lacks innovation; best examples are Nokia and Blackberry. Apparently, Apple has taken a cue from that. The current iPhone sales slump is a wake-up call for the Cupertino giant and to tackle that the company filed for various state-of-the-art patents. Among all, the most interesting ones are ‘wrap-around-display‘ and ‘Transparent electronic device‘ that are now awarded to Apple.

The future belongs to Virtual and Augmented reality and smartphones manufacturers are working day and night to bring the best out of their products by leverage on it. By winning the ‘Transparent electronic device’ patent, Apple has apparently taken a lead over other competitors working for futuristic AR-enabled smartphones.

Apple is gearing up to utilise every nook and corner of its iPhone and is slated to do away with the traditional rectangular flat screen as per Apple’s new patent. The display would look like a crushed can or continuous loop which can incorporate 5 icons in a row up from 4 icons in Apple’s traditional display.

‘The images appear to be in a continuous loop’ according to Apple.

The futuristic iPhone may incorporate 2 screens as per the ‘wrap-around-display‘ patent by Apple. The screen may be made of plastic or glass and the according to the patent, the flexible display may be incorporated inside the transparent enclosure closer to a 3D experience.

“Unfortunately, this popular form factor (rectangular display on only one side of the device), leaves the sides and rear surface of the device unused or at best configured with buttons and switches with fixed location and functionality.” The Patent read.

Samsung Galaxy Edge series smartphones and LG’s G flex smartphones housed curved displays in the past. Samsung is currently working on bendable screen smartphones that may feature OLED screens and 4K display. This is a worrying sign for Apple as such a technology may lure potential iPhone customers and the Cupertino giant seems to have an even fight with its rival Samsung by filing the wrap-around-display patent.

Apple is betting on futuristic technology

Apple applied for Augmented Reality patent, named as “Transparent electronic device”, last year. The AR enabled device will house a transparent display that will overlay images on the reality or real picture that a user is seeing precisely the augmented reality.

The device is not necessarily a handheld one and the electronic circuits will be housed inside the opaque enclosure which will surround the transparent screen.

The working is explained by an example; when a user holds a device in front of some picture in a museum, a number of related information regarding that picture ‘could overlay the image’. In other instance if a user is touring by a bus then the information about the monuments that appear on the way will be overlaid on the monuments.

But, the futuristic technology will not be limited to Apple devices alone, Android platform is not far behind. Recently, Lenovo teamed up with Google for Project Tango that will level up the augmented reality in devices. It allows the merger of ‘virtual animated objects into a real 3D space’ that can be viewed through the futuristic devices.

Microsoft is moving with the curve with its HoloLens- ‘first fully self-contained, holographic computer’ that will interact with the real world. It may be considered as a step to expand its windows experience to the real world. In turn, empower a user to get all the requisite information of the ‘scale, form, and space’ in order to make quicker and wiser decisions.

The Augmented reality market possesses a big window of opportunity for electronic devices manufacturers. It is expected that by 2020 the AR market will skyrocket to $120 billion.

The Cupertino Behemoth is currently struggling with the iPhone sales mainly due to the lack of innovation. But the next iteration of iPhone i.e. iPhone 7 looks promising and the successive iPhone 8, which will be released on iPhone’s 10th anniversary in 2018, is said to be the best iPhone that Apple has ever made. iPhone 8 is slated to incorporate OLED displays as Apple has signed a 3-year contract with Samsung to supply 100 million OLED panels.

The competition will surely intensify in the future citing the groundbreaking innovations by Samsung (bendable screen smartphone) and Lenovo (Project Tango). Apple desperately needs to move with the curve in order to maintain its distinct presence in the smartphone market. 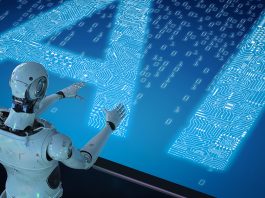 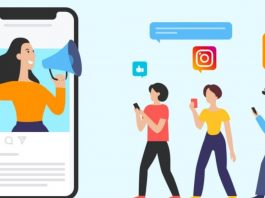