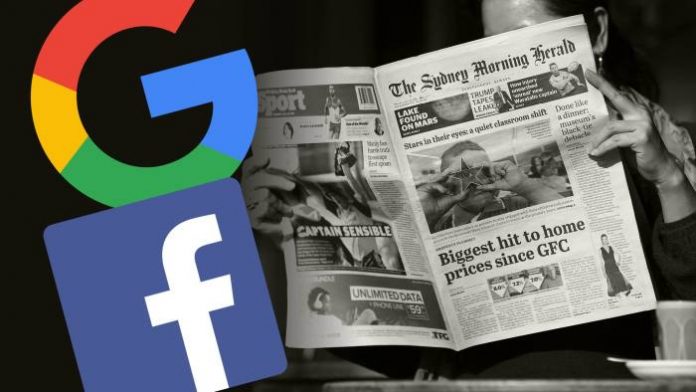 After Australia’s law requiring big tech firms to pay news publishers came into effect, the battleground has now shifted to the United States, wherein a bill introduced and ignored three times since 2018 is making a comeback hoping to subdue the likes of Facebook and Google.

If passed, the ‘Journalism Competition and Preservation Act‘ bill will be offering news publishers the ability to negotiate as a group with dominant internet companies. But that’s not all. It will also provide them with a safe harbour from antitrust liability that would generally prevent them from bargaining collectively.

According to Republican David Cicilline, who is one of the sponsors of the bill, this move will give the U.S news publishers a level playing field to negotiate deals with tech platforms with ease.

Cicilline believes that the news industry’s downward spiralling revenues pose a threat to democracy, while Google and Facebook are sitting on billions in profits. But at the same time, he mentioned that the bill is meant to be a ‘life support measure’ only and not the answer to ensuring the long term health of the news industry as a whole.

Now, take note that even though the bill has Republican co-sponsors in the House as well as the Senate, there are some standing against the same who have expressed their reservations. For instance, Rep. Jim Jordan, an Ohio Republican, said that he is worried about large media companies getting more power.

However, on the other hand, News Guild, a union representing journalists, says that the bill will work best when combined with additional provision to support the creation of more jobs in the journalism space.

The president of the union Jon Schleuss believes that the legislation should require publishers to commit 60% of the revenue they win from bargaining with tech giants to hire more journalists and support small papers’ operation.

All in all, it now remains to be seen if the U.S can replicate Australia’s success with this bill. But that being said, it is important to recall that Australia’s Media Bargaiang Code didn’t triumph at the first go itself. In February, Facebook, in hopes of turning the tide over, went on to take the drastic step of banning Australian news from its platform to protest the country’s law.

It was not until the Australia Government agreed to modify the law when Facebook lifted the ban. Thus, it is safe to assume that the United States, quite similarly, would require more than one attempt to make the Journalism Competition and Preservation Act successful.

Similar voices are becoming stronger in other countries too. In India, the second-largest country by the number of internet users and social media users, authorities are closely monitoring all the developments in Australia and US in regard to the matter. Quite recently, Sushil Modi, a member of the Indian parliament, called for an Australia-like law in India to compel tech giants to share their ad revenue with news publishers.

Undoubtedly, the situation is going to be tricky for Facebook and Google both as news publishers in various countries shave set their eyes on the ballooning profit and increasing revenue posted by internet behemoths.

However, how the tides will turn in the future currently remains unanswered. But we will keep you updated. Until then, stay tuned.