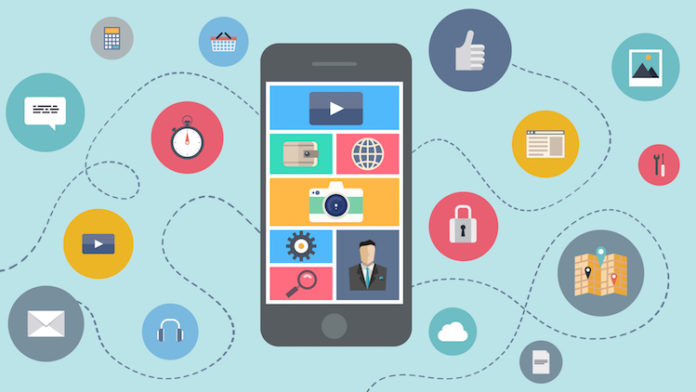 We are living in the era of technological progress. We are experienced Internet users, and everyone has personal accounts in different social networks. Hence, it goes without saying that the Internet can be a very useful tool to develop your business. Every successful company has its own site on the Internet where it can promote its goods or services. However, it should be mentioned that there is one more way to attract new customers to your business with the help of the Internet – to create your own mobile app providing clients with news about your business. The advantages and benefits of such an approach are indisputable.

There are over 6.5 million unique apps across all the app stores available for downloads. As the number of smartphones is bound to go up and the penetration of mobile internet is also deepening, developers are indulged in publishing more number of apps than ever before.

On the flip side, the trend has created a discovery challenge as the app space is getting more crowded with each passing day. Therefore, for app owning companies, it has become important to optimise their apps to float on top of its respective category on each app store.

The Most Popular Business Apps

If you decide to create a mobile app representing your own business, you need to learn some information about the most widely applied mobile business apps. Thus, you will be able to see some interesting details and find ideas for the project of your future app. So, what mobile business apps are considered the most downloadable and popular among smartphone owners?

Social network apps like Facebook, Instagram, LinkedIn, etc. are by far the most downloadable among smartphone users. It is not surprising because people want to have different means of communication with each other. Hence, the popularity of such apps can be used to the advantage of your business as well. The widespread use of social networks gave rise to social media management (SMM). By employing SMM techniques, it became possible to promote your goods or services in different social networks without spending money on your personal app. Hence, if you run a start-up and have limited financial resources, just pay your attention to social networks, as they may help you attract new clients and tell the world about your business.

Phone trackers represent the second category of the most popular business apps. Initially, a phone tracker as a kind of apps was created for parental control. With the help of its functions such as call logs, access to multimedia files, location tracking, etc., parents received an opportunity to learn more about their children and got control over their lives. Later, people found out that these apps can be effectively used for other purposes, for instance, for spying on their spouses or significant others. However, it should be mentioned that these apps can be used for business purposes as well. Big companies prefer to keep their corporate information in secret. Therefore, they use phone trackers for digital devices to learn whether their employees leak important information or not.

Banking apps for smartphones are extremely popular among the users as well. The fast tempo of life in the modern society means that sometimes, people may not have enough time for such an ordinary thing as paying the bills. Therefore, it is clear why banking apps are so popular nowadays. They allow their users to have a kind of a full list of financial operations with their bank account and a wallet in the smartphone. Thanks to highly-functional and user-friendly apps designed by different banks, financial questions, even under some unforeseen circumstances, no longer look daunting for regular users.

The majority of people have their own icons including actors, singers, sportsmen and other celebrities and media persons. Hence, it is clear that apps giving a chance to communicate with favourite celebrities are very popular. People like using social networks like Instagram or news sites to learn something new about their idols. However, there are other means of getting close to someone you admire! The American professional football player, Seattle Seahawks quarterback Russell Wilson launched his own app called “TraceMe.” This app was created to give fans an opportunity to learn more about their idol’s everyday life. Russell Wilson is probably the most popular NFL player because he has a great number of followers in different social networks; hence, it is clear why he decided to create such an app – to unite all fans in one place. The app was launched at the beginning of September; however, its future popularity is undoubted.

Ticket apps relate to another category of the most downloadable apps for smartphones. It is obvious that people who have their icons want to not only learn about their life but also watch their performances. Therefore, it is not surprising that apps selling tickets are so popular. However, it should be mentioned that there are many criminals, especially in the sphere of events running. So, to be on the safe side, choose reliable ticket apps with authorized tickets, for example, Fan Central Station providing the opportunity to learn new information about a particular event online.

These most popular mobile apps can be used to promote your products or services among potential customers. Make sure you know your target audience and hire experienced SMM professionals to win the market with the help of these platforms. By using a mobile app, you will demonstrate that you are a forward-looking, creative, and successful entrepreneur who can keep up with the global business trends.