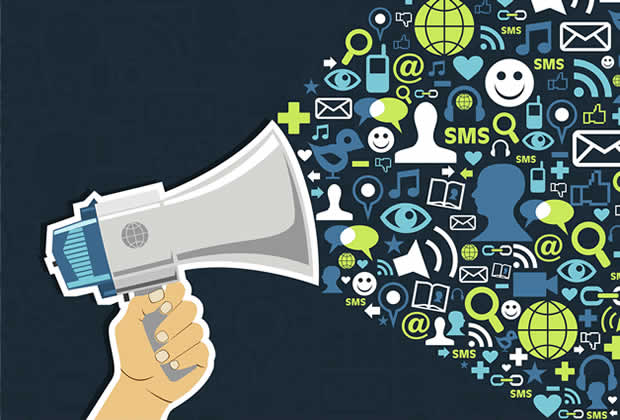 Advertising expenditure around the world (both online and offline) is expected to get close to $600 billion next year, predicts eMarketer. That means a 6% increase over the global ad spend for CY2014. US, China, Japan, Germany and UK will be the top five spenders on advertising, says the report.

Global Spending on Advertising Expected to Touch $667.65 billion in 2018

2014 was a year bustling with online activities. The biggest of all events being the World Cup 2014, followed by Winter Olympics and the US mid-term elections. With 2015 being a year devoid any major activity, the growth rate will take a small dip before again improving to 6% in 2016 – a quadrennial year which will see the US Presidential elections and the Olympics besides the UEFA European Football Championships.

In the year 2017, the rate of growth will again suffer a setback and fall to 5.2% since no major international events are scheduled over that year.

Expenditure on ads related to the internet medium (or digital ad expenditure), which includes computers, smartphones and tablet devices, is expected to grow and be almost $170.50 billion in 2015.

Only a decade back, only 4% of the total ad spend was spend across the internet – it has now risen to 24%. So, how is the expenditure on digital ads increasing?

Obviously, this increase has come at the cost of a fall in the share of expenditure on radio ads, magazine and newspaper ads.

Digital ad spending will continue to grow at a faster rate than total media expenditure on ads and constitute nearly one-third of the total global ad spend by 2018. It is expected to grow to $204.01 billion by that period, taking into account the figures extrapolated by the same agency at the beginning of the year.

U.S. Continues To Be the Biggest Spender on Ads in Each Category This graph shows region wise spending on advertising by five main players in this arena.

Talking of region wise spending on advertising, North America is the highest spender on digital advertising and US the single biggest spender. The top five spenders in each category (total paid media, digital and mobile) are the US, China, Japan, Germany and the UK.

In the CY2015, nearly 32% of the total ad dollars will be pumped in by the US, while it will also contribute to almost 35% of the digital ad market and 44% of mobile ads.

Marketers are expected to spend a total of $189.06 billion on ads in the US alone. That means, they will spend more on ads than the next four key players (China, Japan, Germany and UK) combined.

The United States will continue to be the leading spender on ads in each category till 2018.

Percentage Mobile Spending On Ads All Set to Increase

This is keeping in pace with the rapid smartphone penetration and greater internet access with every passing day.

Inspite of that, ad expenditure on mobile ads is well behind its share of media consumption, according to Advertising Expenditure Forecast released by ZenithOptimedia. They project mobile ad spend to account for 6.2% of the total ad spend in the US, though it consumes more than 23% of the media consumption time.

Their report further goes on to explain the reason why digital advertising does not deliver as well across the mobile platform. Compared to desktop display, mobile banners take up more screen space, are considered more intrusive, and are more likely to annoy consumers than engage them. Mobiles don’t accept cookies, so retargeting and tracking from the ad to the purchase is very difficult for most platforms.

In the US alone, where Smartphone penetration is the highest, percentage of contribution of the mobile ad contribution is really surprising. Similarly, In China, where more than half of the population use smartphone, mobile contributes less than 15% of the country’s total ad spend. On the worldwide level, most of the emerging countries, including China and India, are witnessing an exploded growth in smartphone and mobile industry, mere 11% contribution coming from mobile as spend is enough to surprise the marketers.