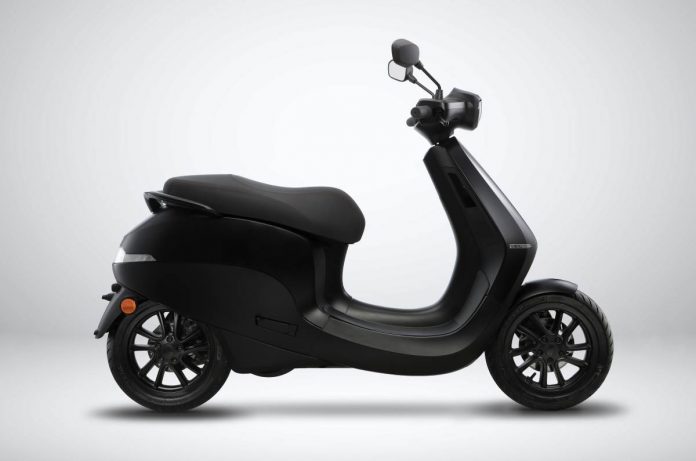 It has already made a name for itself in the ride-hailing sphere in India. Ola’s next aim – to power charge the country towards an electric mobile future.

And boy, does it have the stratagem to back that claim!

Tucked away in a hinterland in Krishnagiri, Tamil Nadu lies Bhavish Aggarwal’s brainchild. The holy ground, which is believed will serve as the nucleus of the Indian EV industry in the coming years.

In a recent media interaction, Bhavish Aggarwal – Ola’s founder and CEO, revealed the first paradigm of the Ola Electric’s plant, built to usher in a new wave of EV-proficient India.

Aptly dubbed the ‘Future Factory’, the sprawling plant site is spread roughly across 500 acres. Fuelled with a $2 billion investment, Aggarwal has hopes of making Krishnagiri’s plant the largest two-wheeler plant in the world.

As narrated by Aggarwal, the construction at the plant, which is going gung-ho, is expected to finish its phase 1 in June this year. When fully completed sometime next year, it will boast an impressive annual capacity of 10 million units, where 10 production lines are expected to churn out a scooter every two seconds!

For Aggarwal, at 35 years of age, he has already spearheaded two Indian unicorns in ride-hailer Ola and now in cynosure Ola Electric. His next frontier is clear – Disrupt the Indian EV market and get India on the world map.

And when asked what solution does he have to achieve the end goal, the answer branches out from scale and demand creation. Lots of it.

Consider this, purely in terms of per-capita ownership of two-wheelers per 1,000 people, India’s numbers list around 160 compared to Vietnam which surprisingly has 600.

With a manufacturing whale capable of amounting to 15% of the world’s capacity, Aggarwal plans to stay one step ahead for the future. That is spurred in part by Tesla’s forays into the Indian market too, but Aggarwal has plans to counter this some desi-backed economics.

Ola Electric’s bet is on getting the “meat of the market” hooked to do its bidding. India is a land where affordable two-wheelers, three-wheelers, four-wheelers are elemental for everyday use.

Aggarwal has plans to leverage precisely these economies of scale by building a vertically integrated plant powered by technology, where the company independently takes charge of the core technologies and engineering. In stark contrast to the luxury sedans and other alluring electric vehicles the other rivals are dangling to offer to the public.

Ola’s plans to drop anchor in the EV domain were quite clear with its recent acquisition of Etergo, the electric scooter manufacturing start-up based in the Netherlands, hinting at a future roadmap. Doubtlessly, the design of the produced-to-be product bears resemblance to Etergo’s AppScooter, re-engineered to suit Indian conditions as it is.

The scooter, Ola Electric’s vessel of choice, weighs in at 100 kg. It requires a battery pack to function, has boot space to fit 2 helmets, and has an inbuilt sim-card to make calls, play music, and activate safety features. A wholesome offering.

The company is also driving to sell each scooter with two battery packs, each pack weighing about 10.5-11 kg, taking an hour to charge that can be plugged in at the comfort of your home.

While it’s a little too early to quote precisely, Ola’s electric scooter could make its competitors run for their money by clocking up to 240km in one charge.

Ola and Aggarwal’s pivot from cab aggregation to EV can be well supplemented by the current scenario and numbers raked up by the industry in recent times.

Cutting right to it, the EV industry, particularly the two-wheelers, is at a sweet time of burgeoning. The sales of electric scooters and motorcycles in India reached 152,000 units, recording a 20% YoY in FY’20 growth. The sales of electric cars In India, however, was not so encouraging, managing a sale of just 3,400 cars during the same financial year.

From Ola’s point of view – 1.7 million passenger cars were sold in India during the same period where EV cars totalled 3,400. Interestingly enough, witnessing a 2X growth in the E2W sales in the last couple of years, the two-wheelers accounted for a whopping 97.4% of the total EV sales in FY20!

Aggarwal has clearly taken note of this trend.

The dire need to transition to electric is perhaps told well by the oil demand, which for India comes primarily from the transport sector. The sector accounts for over 40% of the total oil consumption with around 90% of the demand arising from road transport. The carbon emission rates in a 1.2 billion populous nation are only imaginable.

Over recent years, one of the major hurdles for making electric vehicles a tangible enough proposition for consumers was always the unavailability of world-class infrastructure. Ola’s Future Factory will put all that talk to rest now.

The government’s efforts to transform the future into that of electric mobility has also been one of the prime catalysts of a revolution, which has seen the big boys coming up for a symbiotic profit. The government’s tireless efforts since 2010 have included the more famous ‘Go Electric’, FAME-I, and FAME-II initiatives of late, not to forget the $4.6 billion incentive scheme for companies. Additionally, to make the electric scooters more affordable and attractive for consumers, the government’s offer of a rebate up to Rs 1.5 lakh on interest paid on loan to buy an electric vehicle have all been in a bid to entice consumers to shift to electric.

As a result, the Indian EV market has seen some colossal moves being made. The iconic Tesla’s announcement comes immediately to mind. But so does Mahindra and Amazon’s partnership for an EV delivery fleet. Then there’s Tata and MG Motor waiting in the wings. As fragmented as the EV market in India is at the present, this is what Ola Electric to bolt past with its calculated yet monumental scale of operations.

All in all, already a recipient of a reported 100 patents, Aggarwal’s automated storage, retrieval, and delivery system for the electric scooters is also one in it. His belief is that possessing the right product will help Ola shake up the whole EV realm. With blood, sweat, and application, Aggarwal and Ola are in the pursuit of being the cradle for EV’s in the whole world.

The times never looked more exciting for the EV market in India, and Ola Electric is scooting fast to seize it.