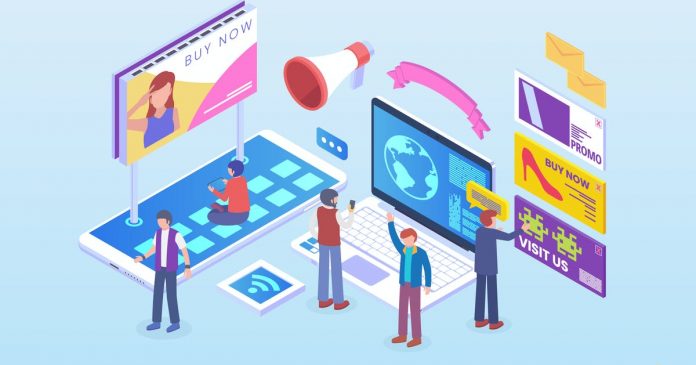 Online advertising was one of the most adversely affected industries by the global pandemic.

The first half (1H) of 2020 witnessed a major slip in revenue figures for advertising giants such as Facebook and Google as brands cut down their marketing spend by as much as 30%.

Market research firms quickly revised their earlier projection of 2020 and estimated no more than 2.4% YoY growth – the lowest in the last 5 years. In June 2020, eMarketer estimated that the worldwide digital ad spent market would reach $332.84 billion, $36.11 billion lesser than what was estimated before the pandemic caught the whole world into its grip.

However, Q3 2020 brought about a hint of substantial revival, and now analysts estimate that there’s no turning back because digital advertising is all set to grow by a significant percentage in the coming year.

Let’s dig into the details.

Last week, Morgan Stanley analysts reported that the worldwide online advertising market has been steadily returning to normal and is currently projected to grow by a whopping 20% in 2021 which will primarily be led by Facebook, Google and Pinterest with other smaller players following these biggies.

According to them, the blazing-fast recovery speed of Q3 2020 earnings from digital ad revenues for tech behemoths such as Facebook, Google, Snap, and so on, along with sudden e-commerce boom suggest that the growth is inevitable.

In a note about the same, analysts from Morgan Stanley wrote that the trajectory of ad revenues in this quarter suggest that the initial impact of what can be called as a ‘V-shaped recovery’ has begun and will successfully continue into the next year as well.

Analysts mentioned in the note that advertising is highly cyclical and therefore, they view more incoming higher ad spends as various industries are starting to recover or restart their operations.

Morgan Stanley believes that the pandemic led stay-at-home orders made monumental shifts in consumer behaviour due to which the desire of companies to shift advertising and marketing spends towards digital has risen. Their analysts, taking note of all the changes, have currently raised their ad forecasts of 2020 and 2021 by 8% and 15%, respectively. They are expecting an 11% YoY growth in 2020 and 20% YoY growth in the next year.

In the note, the multinational investment firm has also hinted at several factors which will help the worldwide online ad market to recover at a much faster pace than expected earlier. For instance, Morgan Stanley analysts said online travel-related spend, which represented 8% of the worldwide digital ad market and fell by 20% in 2020, would recover very speedily in the next two years.

Also, for one of the leading tech behemoths in the industry Facebook, the firm forecasts a 29% year-over-year ad growth during the Q4 2020 and 27% growth in 2021.

They also said that the other half of the advertising world would have duopoly as Google will also experience a similar recovery and it would be through the resuming of travel-related paid search.

Morgan Stanley paints a very encouraging and optimistic picture for video content platforms. It believes that YouTube can mint a big revenue with the help of a stronger offering in the direct response offering in 2021. Definitely, it’s a much-needed booster for all the long and short video platforms which have been finding themselves on the tough front as advertisers are tight holding and closely monitoring each and every dollar spent on digital marketing.

And lastly, as for Pinterest which Morgan Stanley forecasts will also lead the 2021 growth, their automated bidding is being expected to be nothing short of a tailwind through the holidays which will continue into next year amid their other ad product offerings.

Morgan Stanley said that ⅓ of Pinterest’s entire ad revenue in early 2020 was purely brand ad spend which means they are more likely to reap the benefits of the same as improvement speeds up in the broader brand market.

In 2019 the worldwide digital ad market accounted for little over 50% of total media spent and reached to $325 billion. In 2020, the figures are not encouraging enough as the other reports indicate just 2% YoY growth due to the global pandemic and conservative approach employed by brands. As the latest Morgan Stanley note paints an optimistic and encouraging picture of Q4 2020 and 2021, it’s won’t be surprising to see if the worldwide digital ad spent market beats the current estimation of $389.2 billion in 2021 and crosses the milestone of $500 billion much before than 2024. With the revised YoY growth projected by Morgan Stanly, it’s safe to assume that brands would spend over $400 billion on digital advertising in 2021.

Now, all that remains is to have our eyes glued to Q4 2020 growth figures which will help the online advertising industry make an even more concrete assumption of how 2021 is going to be. We will keep you posted on all future developments. Until then, stay tuned.