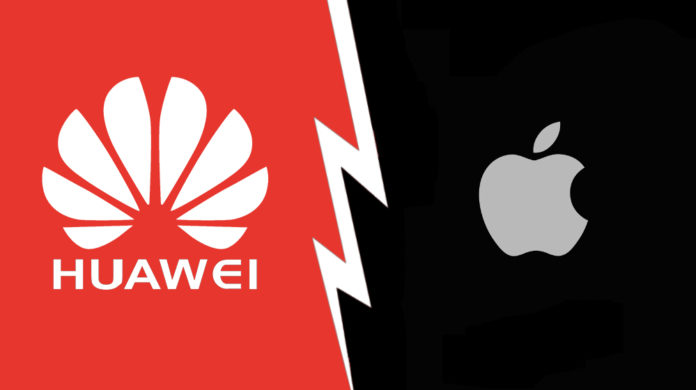 Huawei has been enjoying the spotlight for some months now. After witnessing a whopping 43.9% YoY growth in its smartphone shipments in Q4 2018, globally, the company has been rolling out new and promising models one after another. After launching P20 and P20 Pro at the beginning of 2018, Huawei once again made the heads turned with Mate 20 Pro late last year.

While the company has been a centre of attraction for some time now, it has its fair share of negative marketing as well. Last month, the United States Justice Department filed a series of criminal charges accusing Huawei of stealing Apple’s trade secrets and much more.

The controversy revolves around one particular feature in the Apple Watches – The Heart Rate Sensor.

The heart rate sensor is an impressive one since it already has the approval of the US Food and Drug Administration (FDA). Apparently, one of the engineers from the Chinese smartphone giant tracked down the supplier which made the sensors for Apple. he not only arranged a meeting with the unsuspecting supplier but also grilled him about useful information regarding the Apple Watch. It is also reported that the engineer employed by Huawei tried to lure the supplier by baiting him with a lucrative manufacturing contract. The supplier, however, claimed to be unfazed and did not divulge the required information.

Hence, the US Justice Department has filed a host of criminal charges against Huawei and their Chief Financial Officer Meng Wanzhou. As expected, both the company and its CFO deny the rumours.

Instead, a spokesperson of Huawei has outrightly rejected the charges and smartly tried to downplay the whole matter.

“In conducting research and development, Huawei employees must search and use publicly available information and respect third-party intellectual property per our business-conduct guidelines,” said the spokesperson of Huawei.

The news surrounding the CFO mentioned above doesn’t exude any good aura regarding Huawei either. She was earlier detained on December 1 in Canada with regards to her allegedly removing links to a company which tried to sell equipment to Iraq in spite of US Sanctions. Understandably, the Chinese aren’t best pleased with regards to the arrest. And with US-China trade relations as vulnerable as they are right now, these accusations regarding Huawei stealing Apple’s trade secrets are only going to intensify them further.

The Disgusting Practice Being Rewarded

Along with all the allegations listed above, the US Justice Department has made another disturbing revelation about Huawei. They have claimed that the company has a reward system in place for employees who are able to get their hands on classified information, with bonuses according to the value of the information.

If true, it does represent a pretty disturbing trend at the Chinese company with a workplace where honesty isn’t promoted. Considering the ongoing tug-of-war between China and the US, the allegation in regards to the trade secrets spells very bad news not only for Huawei but also for companies like ZTE as well.

Accusation Levied Against Huawei: Not the First Time

The controversy might be revolving around the Apple Watch, but this is not the first instance when Huawei has been accused of stealing Apple’s trade secrets. Apparently, the Chinese giant also copied one of the components present in the MacBook Pro. The component in question here is a connector, which is reportedly used in Huawei’s MateBook Pro.

Stealing trade secrets is not uncommon in the world of technology. However, allegations as severe as these can be pretty detrimental to a company as big as Huawei. Given the fact that their smartphone department was gathering a bit of momentum over the past few months, this news came at a bad time. With American people, including their President, bent upon getting rid of Chinese manufacturers, the new controversy related to Huawei might just help it become a reality.