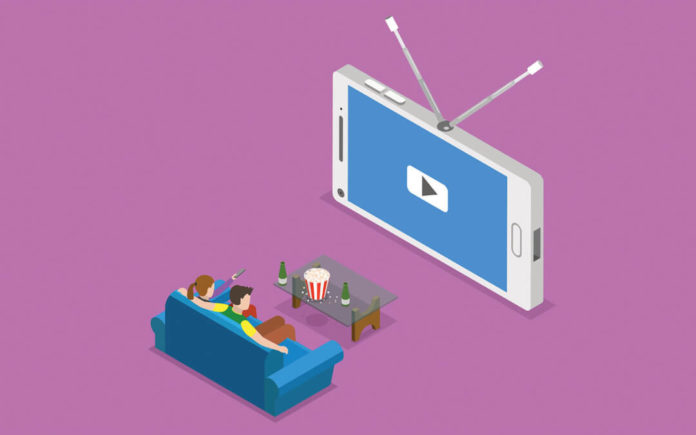 The long-standing keepsake of old media—cable TV—is falling to pieces. And, surprisingly, the one to put the last nail in its coffin is the viewer’s new found love for the Internet. As per the survey by Zenith, the internet is finally going to be bigger than TV worldwide. One grim realization to sink in for some, people will be spending more time using the internet than watching TV.

According to Zenith’s Media Consumption Forecasts 2018, in the upcoming year, people will spend an average of 170.6 minutes a day, which accounts up to three hours per day, employing internet for quotidian works like browsing social media, chatting with friends, shopping or shuffling through music or videos. One radical stimulus for this shift in global media consumption accountable here would be the rapid growth of smartphone usage as well as mobile networks in the recent years. Reports claim that nearly one-quarter (24%) of the global media consumption will be through mobile in 2018. Now, this accounts as a considerable growth, since it was merely 5% in 2011.

According to Cisco forecast, nearly 60% of the world’s population will get hands-on internet access by 2021. Interestingly, 80% of all internet traffic will be in the interest of browsing videos in the next 3 years, that’s up from 67% in 2016. The number of online videos is skyrocketing, as more and more number of traditional cable packages are being ditched. But again, all of it can’t be blamed on the bandwidth-sucking HD videos. It’s more of viewer’s shifting TV habits.

The Changing Patterns of Media Consumption:

Zenith forecasts that by 2020, we expect 28% of all global media consumption will be through mobile as the mobile internet takes share from almost all other media. The current year will witness an average person spending a total of about eight hours per day, consuming media in its many forms. According to Zenith forecast, the TV will deep-root itself and still remain at the top in some parts of the world. But by 2020, an average daily internet consumption will surpass the TV in Asia-Pacific, and the Middle East & North Africa.

The rapid expansion of mobile internet use has only elevated the time, an average individual spends consuming media. Given the unlimited access to essential content almost everywhere, at any given point of time, only strengthens the grip of mobile Internet.  Zenith estimates that the average person will spend 479 minutes a day on media consumption this year, 12% more than in 2011. This forecast estimates that it will reach the total of 492 minutes a day in 2020.

Whether viewers are fed up with sky-high cable bills or simply the leading generation Z cohort, who never really tuned in to cable TVs, the inevitable truth is, more and more number of people have been leaving behind traditional television for online streaming alternatives. In 2017, a survey conducted by The Diffusion Group(TDG) made some bold claims regarding the future of cable TV. By the year 2030, the traditional pay-TV market will shrink by 26%, leaving behind only 60% of households traditional TV subscriptions.

Again, for an analogical instance, the introduction of Netflix and Amazon’s own original content has certainly curtailed the wherewithal of cable company’s distribution. In addition to this, the Zenith forecasts that time spent on watching television shrank by 3% between 2011 and 2018. Again, television channels have been meeting head-on with native digital platforms such as YouTube and Spotify.

Although predicting the future is pretty upstream; one thing that’s certain is that the winds of shift for the cable TV industry is whirling like never before and the current decline may be just one phase. Assuming its decline to be perennial would be naive, considering the ever-changing technological ballgame.