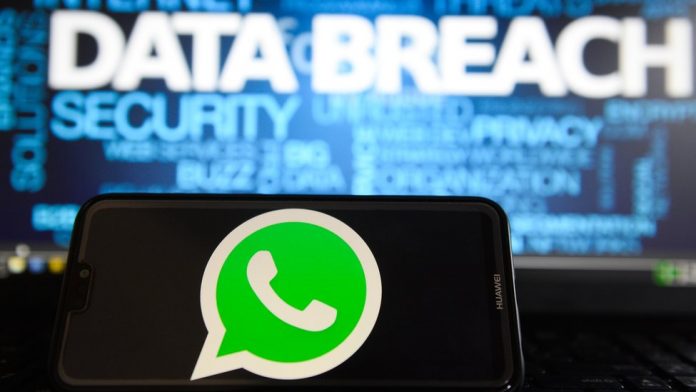 As the developments have unfolded over the past week, the clock for WhatsApp seems to be ticking with every passing minute and every sensitized user. With users forced to confront the grey policies in which Facebook operates its entities, the new privacy policy announcement seems to have opened a pandora’s box of mayhem for WhatsApp. The latest addition to this ruckus comes courtesy of WhatsApp web.

Already under immense heat over its upcoming data and privacy policy in India and elsewhere around the globe, another user data violation from WhatsApp has come to light. The report has come from the WhatsApp Web application for desktop, which has been alleged to expose personal mobile numbers of the app users via indexing on Google Search.

With screenshots to prove and strong condemnation from several analysts to boot, many of these pictures have shown indexing of personal mobile numbers of WhatsApp users via the Web version on the Google Search engine.

Eminent independent cybersecurity researcher Rajshekhar Rajaharia has also lent his view, confirming that the source of the leak is WhatsApp on the Web. Detailing further, he has explained that when the users are using WhatsApp on their laptops or PCs, the mobile numbers are getting indexed on Google Search.

Though not all the individual phone numbers appearing online are business numbers, the uproar of concern the news has caused has been huge. Even earlier in the week, when reports of its private group chat links being available on Google Search came out, WhatsApp had reportedly asked Google not to index such chats and also advised users against sharing group chat links on publicly accessible websites.

What had transpired in that incident was that Google had indexed invite links to many private WhatsApp group chats, which meant all these private chat groups could be found and joined through a routine search. All the indexed WhatsApp group chat links have now been removed from Google though.

The issue had actually first surfaced in February 2020, when app reverse-engineer Jane Wong found that Google was spitting out close to 470,000 results for a simple search of “chat.whatsapp.com”.

WhatsApp, which no doubt enjoys the numero uno status as a messaging app in India, is currently in use by over 400 million users in India. According to the features offered by the popular app for users’ convenience, a vast majority of the working professionals and students use the instant chat app on their desktops and PCs via the Web version. The slew of slip-ups and horror shows have resulted in a marked and expected dip in the number of users in India. It has been projected that the contentious privacy policies; slapped on the users without a second thought may well trigger a mass exodus, with the projected number reaching as high as 60 million!

Even though WhatsApp was quick to harp on the fact that it had included the “noindex” tag on all deep link pages, which excludes them from getting indexed in March 2020, there are growing concerns as to how the Facebook-owned chat app has been handling such serious issues. The reports of leaks and dodgy operational practices haven’t helped their cause for sure.

The genesis of all these problems, the controversial privacy policy, has indeed pitted the harried users against the practices and “my way or the highway” approach of the social media behemoth.

As each such event unravels, there slowly seems to be emerging a bigger game at play too. Not just leveraging the user might, is Facebook also hatching a scheme to protect its assets from the lawsuits it has invited in a transitional governance phase in its homeland? What do these unflattering developments mean for India, which comprises so many ardent users? (What then of the JioMart ambitions for Reliance Retail?)

Whatever Facebook is planning with WhatsApp, there are growing signs that it will have to endure several body blows and changed dynamics if it continues down this path. The time ahead is riddled with questions, and rivals steadily gaining ground and WhatsApp better come up with a middle ground to counter those, or else these ungainly developments pull it down.

Stay tuned to this space for more updates. And WhatsApp users (all of us!) – stay cautious!