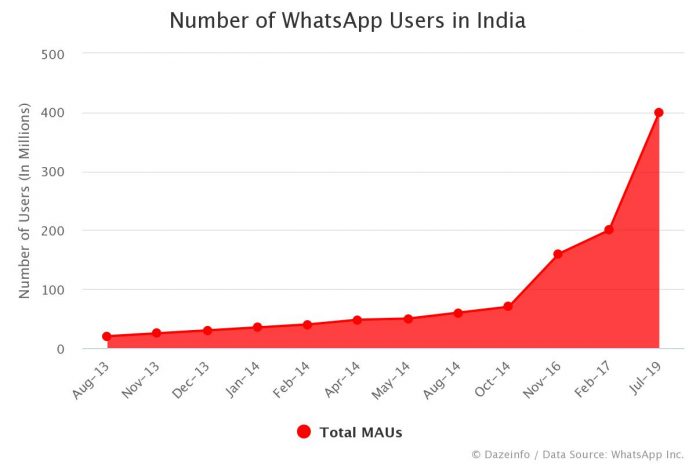 In August 2013, about 20 million people were actively using the WhatsApp messaging app on a monthly basis in India. Interestingly, in just 4 months, over 10 million new people started using the app, making the total count to 30 million by the end of December 2013.

One must note that WhatsApp India MAUs surpassed 50 million mark for the first time in May 2014. That shows an addition of 2 million new MAUs in a single month. It is also important to note that WhatsApp’s India user base accounted for 10% of the WhatsApp global monthly active user base during the period.

In November 2016, India emerged as the biggest market for WhatsApp as the number of MAUs crossed 160 million mark. This was also the first time when the company reported over 100 million user base in India for the first time since its launch.

In February 2017, about 200 million Indians were using WhatsApp every month to stay in touch with their friends and family.