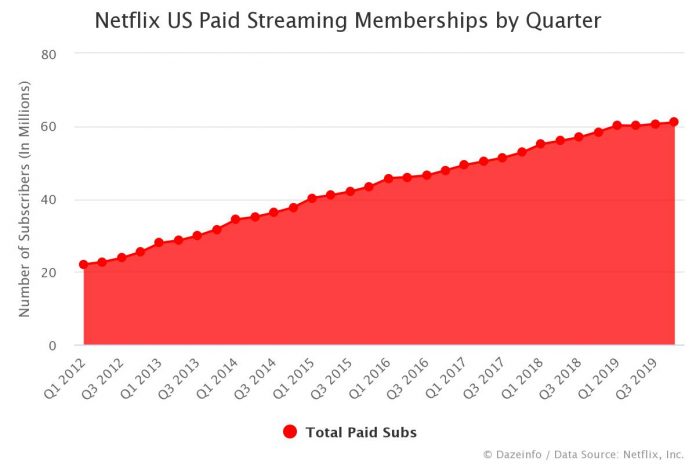 As the graph shows, the growth in paid US members of Netflix streaming service has slowed down over the last 7 years. With 26.4% YoY growth in Q4 2012, the number of Netflix paid streaming members in the US reached 25.47 million. By the end of Q4 2014, the paid streaming subscriber count had increased to 37.7 million, but the year-over-year growth was just 18.9%.

In Q2 2017, the number of Netflix paid streaming subscribers in the US crossed 50 million mark for the first time.

It is important to note that in Q3 2017 (July-Sep 2017), Netflix International market overtook its domestic market in terms of paid streaming subscribers.