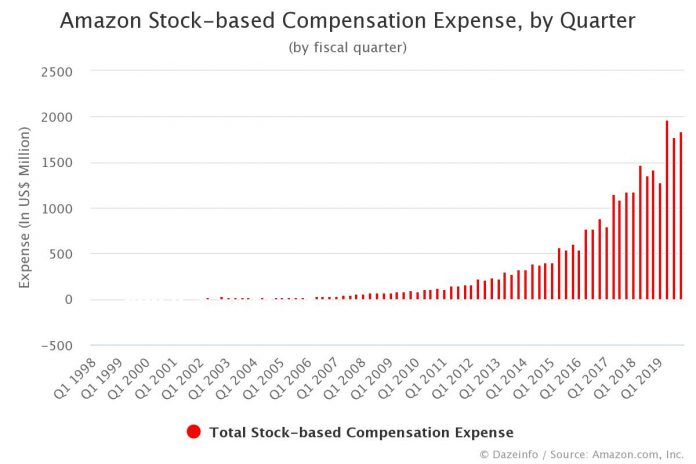 The above graph represents Amazon‘s total stock-based compensation expense by quarter, starting from fiscal 1998 to the recently completed quarter. In Q4 2019, Amazon paid $1,840 million of share-based compensation to its employees, representing 29.9% YoY increase.

As of December 2019, the company has approximately 798,000 full-time and part-time employees, worldwide.