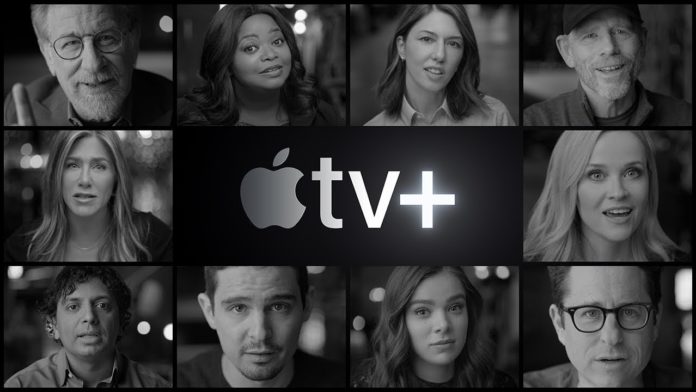 In September last year, the tech giant Apple, announced the launch of an OTT streaming service, Apple TV+, which became available 2 months later in November. The service was highly anticipated by consumers and media critics. To add to the anticipation, Apple expressed plans to stream exclusively produced content only, which would be released at a steady pace, and won’t be available on any other service. To build a strong preliminary consumer base, Apple also made the decision to give a free 1-year subscription to anyone purchasing a new Apple device.

Since the streaming service was released in the middle of the fourth financial quarter of 2019, no data regarding its subscribers and sales have been made public yet. However, a report by Barclays has projected the service will gain a phenomenal 100 million subscribers in its first year. To put things in perspective, Netflix, the OTT pioneer that has been around for more than 12 years, has 171.77 million streaming subscribers around the globe.

While Tim Cook and Team is quite confident about the success of Apple TV+, there are independent research firms that believes that the ground has started shifting. This is clearly visible from the list of the 10 most anticipated streaming premiers of Q4 2019. A new report by Parrot Analytics has revealed that 6 out of the 10 most anticipated streaming premieres of Q4 2019, were available on Apple TV+.

The findings of the report, which Parrot Analytics shared exclusively with Business Insider, were gathered based on the analytics company’s standardized demand expressions measure, which takes into account variables such as engagement, desire to watch, and viewership.

These findings are admittedly shocking due to the poor reviews Apple TV+’s most promoted series, The Morning Show received. Despite its high profile cast, the series received a 63% approval rating on Rotten Tomatoes and was dismissed as flashy and lacking in substance. This, however, did not keep the series from landing three Golden Globe nominations and winning two Critics’ Choice Awards.

While the top two shows in Parrot Analytics’ top 10 are The Witcher and The Mandalorian, available on Netflix and Disney+, respectively, The list was largely influenced by the titles available on Apple TV+.

It is a clear indication of how Apple TV+ is gaining momentum and subscribers of streaming services are finding content on Apple TV+ more interesting than Netlfix and Disney+.

This finding also brings to question the fact that Apple’s approach of moving forward with The Morning Show as its flagship series was misguided. Even though “The Morning Show” makes an appearance in the list, it has secured the last place. “Truth Be Told” has secured the highest-ranking out of all Apple TV+ originals, securing fourth place on the list.

No wonder, Apple’s CEO Tim Cook mentioned in Apple’s earnings call of fiscal Q1 2020, that the service was “off to a rousing start,” although he kept his lips sealed on the matter of number of subscribers and total revenue.

Out of a reported revenue of $ 91.8 billion in fiscal Q1 2020, $12.7 billion were accounted for by Apple’s services such as Apple Music, iCloud, etc. But according to Chief Financial Officer, Luca Maestri, the revenue generated by AppleTV+ was “immaterial”, meaning to say that its impact on total services revenue was inconsequential.

Despite the slow start, it’s too soon to dismiss the service, as the catalogue is still in its most initial phases. Rumours about a possible acquisition of MGM have also started floating around, after CNBC reported the media company’s meetings with several big streaming services, including Netflix. MGM is a well-known studio that has been around for several decades. Acquiring its content entirely would be a big win for Apple TV+, making it a strong contender to existing services like Netflix and Amazon Prime Video.