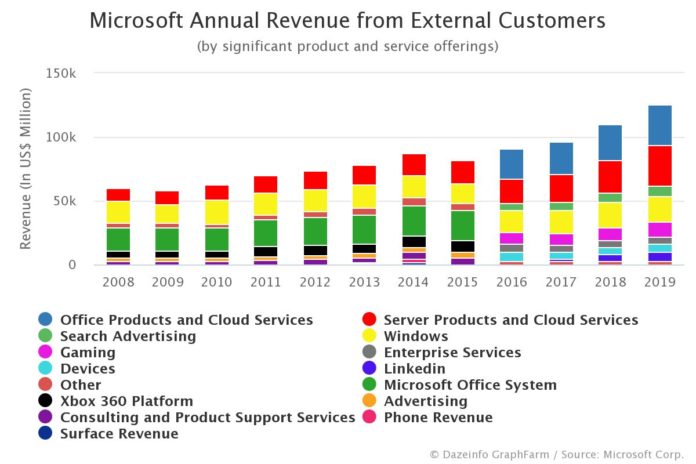 Microsoft revenue from server products and cloud services increased an appreciable 24.8% YoY in fiscal 2019, to a record $32,622 million ($32.6 billion). The growth was largely driven by Azure revenue growth of 72% YoY.

Microsoft annual revenue from LinkedIn increased an astonishing 28.4% YoY in fiscal 2019, to $6,754 million. Microsoft acquired Linkedin in 2016 for $26.2 billion. The deal is known as the costliest acquisition by Microsoft till date, overshadowing the $19 billion that Facebook paid to acquire WhatsApp.