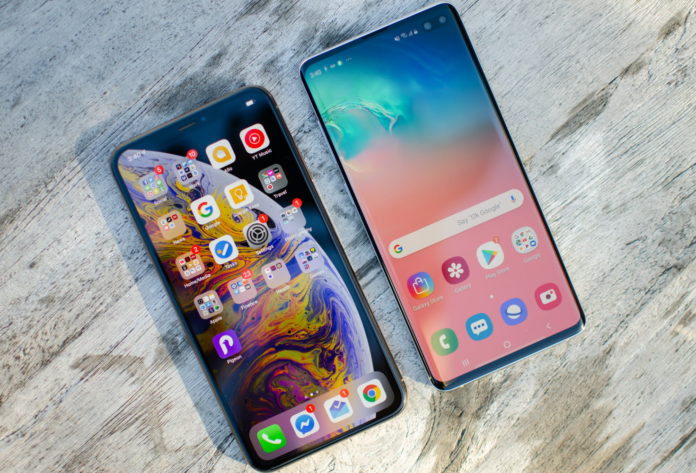 A surprising trend has emerged after comparing the iPhone XS resale value with Samsung Galaxy S10. After comparing both the smartphones with their variants and their sale and resale values, a pattern can be noticed where the variant with the larger storage will command the greater value initially, but the resale value would drop quicker than the smaller storage variants as well.

Let us look at this in a little more detail.

Both, Apple and Samsung, the world’s top smartphone manufacturing giants, are known for introducing next-generation features in their premium devices. While iPhone XS and iPhone XS Max is Apple’s latest bid to capture the lion’s share of the premium smartphone market, Galaxy S10 and Galaxy S10+ are positioned by Samsung as cheaper alternatives.

The above-mentioned trend can be noticed in both the Samsung and Apple variants of flagship smartphones through their resale figures.

In the above figures concerning the resale value of Samsung Galaxy S10 after 30 days, it can be observed that the variant taking the biggest price hit is the one with the largest storage. While they started off being priced at $1,050, $1,600 and $850, the trend can be seen in S10, S10+ and S10e with their larger storage models taking a price drop of $430, $850 and $400 respectively.

The same trend can also be observed in the above list comparing the sale and resale values of the iPhone XS and XS Max after 9 months. Here, the 512GB variants of both iPhone models have suffered the biggest price drops, with the iPhone XS variant going down from $1,349 to $706 by $643 and the XS Max variant from $1,449 to $801 by $648.

While going through the above figures, it can be easy to miss out on the comparison between resale values of the Galaxy S10 and iPhone XS. While the iPhone XS and XS Max variants suffered depreciation of up to 47.7% of their value after 9 whole months, Samsung Galaxy S10 variants took just one month to face depreciation of up to 53.3% of their original value. That means the Galaxy S10 prices could not maintain the stability in one month which the iPhone XS and XS Max prices have shown for nine whole months. This is even more astonishing after the drop in demand that the iPhone has faced over the past year.

Things not that rosy for the iPhone maker

Regardless of the perceived stability, Apple had to make certain price cuts of its own so as to boost up the sales of the iPhone. Most of the price cuts have been in China, where the situation for the company has gotten worse recently due to the ongoing trade war between the US and China. The company has also had to make use of unconventional methods so as to ensure the same, like those of trade-in deals and also false promises (allegedly). In addition to this, the value of the current crop of iPhones is depreciating much faster than its predecessors. Back in 2017, when the iPhone X was released, the smartphone faced a depreciation of only 30.9% of its original value 9 months after launch.