Home Brief Apple iPhone 13 Repair Issue: The Most Convincing Reason To Stay Away... 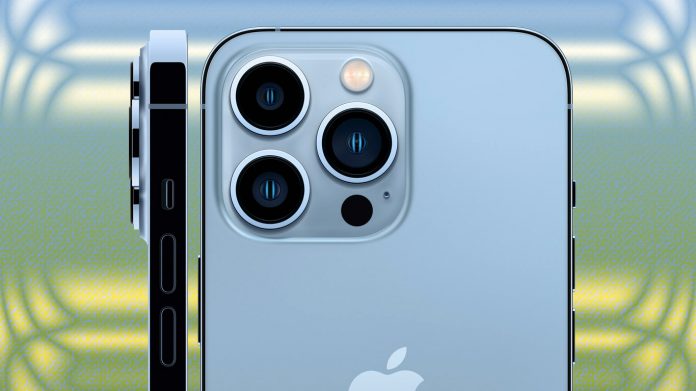 Apple iPhone 13 is being sold like a hot cake. As a result, the company is expecting to see the best fiscal quarter ever, in terms of revenue, in the history of its existence. However, a recent revelation would definitely give you have a second thought if you are planning to buy the latest iPhone 13.

Will you ever buy an expensive product that can’t be repaired? If you believe that there are products worth taking the risk, you belong to the elite group that enjoys the excitement of taking their chances in life. But if your answer is No, which most people would say, then you must think at least twice before you buy iPhone 13 – the best iPhone Apple has ever made.

A recent teardown from iFixit has revealed that a damaged display of iPhone 13 can’t be replaced without breaking Face ID. The shocking discloser has raised many eyebrows as it impacts the business of many companies that offer iPhone repair services. But, unfortunately, it also throws the possibility of replacing the damaged display of iPhone 13 at home out of the window.

The repair challenge associated with iPhone 13 was first identified by iFixit in its teardown analysis, and later it was confirmed after multiple tests.

The replacement of the iPhone 13 display with the Apple recommended display will result in a non-functional Face ID. Furthermore, considering that Apple is yet to offer in-screen fingerprint security, such replacement would jeopardize iPhone users’ smooth unlocking experience.

An iPhone repair for a display that was previously performed using hand-held tools nowadays requires the use of a microscope as well as micro-soldering tools, or the access of Apple’s independent repair provider program, which independent repair shops have been criticized because of its “draconian” contracts and requirements.

In question is a tiny microcontroller that connects with the iPhone 13 to its display. Apple doesn’t have an application that permits iPhone users or repair facilities who aren’t affiliated with Apple to pair a brand new display to the iPhone 13. Certified technicians who collaborate with Apple require Apple Services Toolkit 2 to report a repair to Apple’s cloud service, thereby connecting between the serial numbers on your iPhone along with the LCD.

A few repair shops have come up with an alternative, however, it’s difficult and labor time-consuming. A soldered chip has to be transferred away from its original display to screen replaced, which iFixit declares is “completely unprecedented” as screen repair is “incredibly common” and accounts for a significant portion of the income that repair shops run independently in.

iFixit reports that Apple’s decision to remove Face ID by repairing the screen could lead independent repair shops to close. Or they will have to spend thousands of dollars on new pieces of equipment to avoid losing a big chunk of their revenue from Apple’s iPhone repairs.

Other independent repair shops that iFixit interviewed believe that Apple has made this change to try to “thwart a customer’s ability to repair,” sending iPhone customers to Apple retail stores as well as Apple-authorized service providers to assist in repairing their display.

In the iPhone 12, camera repairs initially required Apple’s software to be configured the cameras that were replaced were ineffective. Apple solved the problem in an update that informs users that the camera installed in their phone might not be authentic, however, it does not completely disable it. Apple may implement something similar to Face ID in a future update; however, it’s uncertain whether it will occur.

Many experts believe that Apple has strategically made this decision. And, the decision will have a direct impact on Apple’s revenue.

For the last couple of years, Apple has been focusing more on its revenue coming from services and solutions. Between FY 2017 and 2021, Apple’s revenue from services has more than doubled. The display replacement complications will have a direct impact on iPhone users’ decision to buy AppleCare+.

Aware of the fact that iPhone 13 display replacement from an independent iPhone repair shop would paralyse their device security, a sizeable share of iPhone users are expected to opt for AppleCare+. And once iPhone 13 warranty – standard or extended – period is over, users would have to rely on Apple’s authorized service centers only. It’s no secret that every authorized service station contributes to Apple’s overall revenue on every order subject to parts replacement. Be it their standard services charges or price of components; it’s always on the significant higher side when compared with the independent iPhone repair shops.

The revelation by iFixit on the iPhone 13 display hints that iPhone 13 users have limited options in case of the display gets damaged.

All of it leads aspiring iPhone 13 buyers to a question: Is it worth buying a device that comes with a standard warranty despite the exorbitant price and leaves you with very limited replacement options if the display needs repairing? It’s not us to decide, but the answer varies from person to person and how deep his pocket is.