Home Brief Amazon’s New Strategy To Crush Walmart: Thinking Out Of The Box 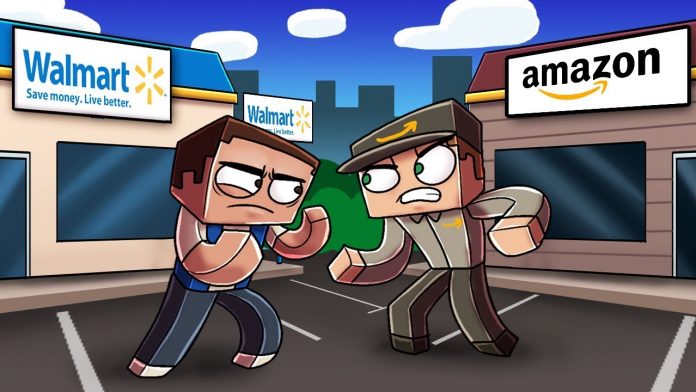 Amazon’s latest move to beat Walmart is sneaky and out of the box.

The Bezos-owned e-commerce giant believes $15 as the starting minimum wage per hour for workers will be good for business. And, it has been lobbying U.S Congress for the same since 2018. This move, according to industry experts, is a new weapon for choice for Amazon to battle with rivals, especially with Walmart.

Post the successful completion of the U.S election, Amazon embraced the ‘Raise the Wage Act’ which aims to increase the federal minimum wage to $15/hour in the United States. To show their support regarding the same, the company has been incessantly runnings ads everywhere from podcasts to the New York Times newspaper.

In a blog post published in late January, the Senior Vice President of Global Corporate Affairs – Jay Carney wrote that the company holds the belief hour of labour is definitely worth $15 and is also ‘good for business’.

In the same blog post, he mentioned that Amazon witnessed application for hourly positions more than doubling when it took the decision to raise the starting wage. Thus $15/hour will surely boost a worker’s morale and lead to more retention in the workforce.

Carney, in the final paragraph, wrote that Amazon is thrilled to see other major companies such as Target, Best Buy and Costco also increase their wages to $15 an hour as a minimum standard and hope more will follow suit.

A Cunning Strategy Hidden Behind An Act of Goodwill?

Now, experts believe that Amazon’s incessant rallying behind the campaign to raise the minimum wage to $15/hour, besides what appears to be an act of goodwill for the end employees, is also a strategy that can majorly affect rivals such as Walmart negatively.

Because Amazon has already implemented the $15 an hour minimum wage rule for themselves and thus it has little to fear from it becoming a new federal minimum standard. But, for companies such as Walmart that are still operating below $15/hour, it will come off as a big disadvantage because they are yet to factor in the expense and adjust their costs accordingly.

In a recent interview, Michael Farren who is an economist at the Mercatus Center – a think tank, mentioned how Amazon is very likely using this cause to drive a wedge against their competitors, particularly smaller ones as they cannot possibly afford to increase the minimum wage without increasing the cost of their final products.

Farren said given the fact that Amazon has already streamlined their costs after integrating the $15/hour wage into their operations, they needn’t increase their product pricing. But, that is not the case for other rivals such as Walmart which will most likely need to drive up the costs of their products if the federal minimum wage is increased.

Besides putting Walmart under stress by employing such a strategy, Amazon is also trying to attract the skilled workforce from Walmart – a move that could easily affect the performance of any company in the absence of performers. Also, this has put all the Amazon workers, who have been protesting and demanding better working conditions, in satisfaction mode.

Clearly, Amazon has employed the strategy with an aim to kill two birds with one stone!

This is truly what one can call: killing two birds with one stone. On one hand, Amazon lobbying for increased minimum wages puts forth the company in a positive light in front of U.S workers and on the other, it is secretly hoping to disrupt the competition.