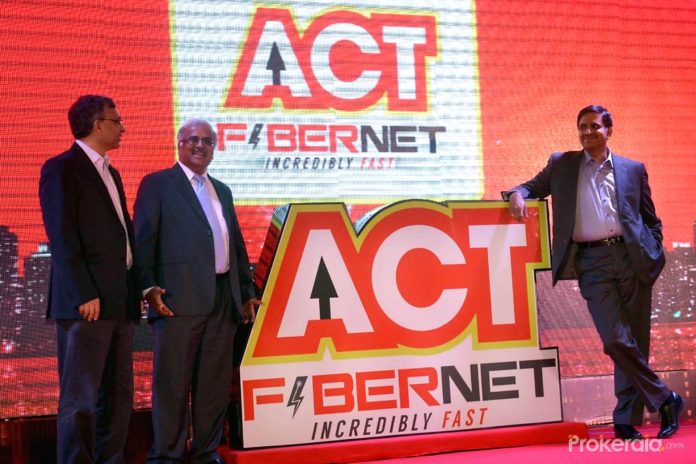 ACT Fibernet plans in Bangalore are revised. The intensifying competition and increasing high-speed data consumption have made ACT to offer its high-speed broadband connectivity at a very competitive price.

ACT Fibernet, the first broadband service to bring the cutting edge 1 Gig speed fibre optic technology to Bangalore in 2018, has proven to be ahead of the curve once again.

The company has recently announced that they will be offering revised and upgraded fibernet tariffs to its customers in Bangalore at no additional cost. This is to say that the internet speed and download limit offered by each ACT plan will increase, without a hike in prices.

For instance, ACT Swift, the most basic ACT Fibrenet plan offers at the cost Rs. 685/month currently comes with a speed of 15 Mbps with a 100 GB upload and download limit. Once the customer exceeds this limit, the speed drops to 512 kbps. After the new ACT plans come to effect, customers will be able to upload and download up to 200 GB of data at a speed of 40 Mbps – the limit offered in ACT Rapid plan at the moment for of Rs. 909/month. This essentially means the ACT Rapid plan is available at 20% lesser price now.

The company has introduced two new ACT fibrenet plans to woo internet users in Bangalore. These new fibrenet plans of ACT offer blazing fast internet speed of 200 Mbps and 250 Mbps. The 250 Mbps speed is a part of the ACT Incredible, Essential, Advance and Progress plans, ranging from Rs. 1999 to Rs. 4999, all of which provide internet at a speed of 150 Mbps at present. The download limits of the plans will also increase by up to 350 GB depending on the plan. For example, the data limit in ACT Advance plan is now increased from 1650 GB to 2000 GB monthly.

The upgrade seems to be part of ACT’s customer retention strategy and to strengthen its market presence at the time when Jio Fibernet makes its way to Bangalore.

JioFiber is Reliance Jio’s endeavour to compete in the broadband market in India. The company launched its services in September this year and offers high-speed broadband internet in Bangalore with additional benefits at competitive prices.

On purchase of the annual plans, customers get a Welcome Offer. The perks range from free 3-month access to JioCinema and Saavn to free Jio Home Gateway Device which costs Rs. 5000 as a standalone purchase.

Despite the complimentary benefits that give Jio Fibernet an upper-hand over its competitors, its limited availability is causing slow penetration. Jio Fibernet is yet to reach many major Indian cities due to its gradual rollout. In contrast, ACT Fibrenet is the largest wired broadband service provider in India. ACT is offerings its broadband services to 1.4 million users across 18 cities in India.

Thus, the new ACT Fibernet plans are introduced at a shrewd time to strengthen its customers’ confidence in Bangalore, where Jio Fibernet is yet to be launched. Moreover, ACT offers a wider variety of plans than Jio. The revised ACT broadband plans have helped the company to stay competitive by offering faster internet connectivity and increased data limit than Jio at similar prices.

Out of 615 million broadband subscribers in India 18.32 million are wired broadband subscribers. With nearly 10% market share ACT Fibrenet is the largest wired broadband internet provider in India. In the last few years ACT has strengthened its market presence by launching blazing fast wired internet connectivity to individuals and corporates as well. Now, with new ACT fibrenet plans the company has set its eyes to reach more number of internet users.