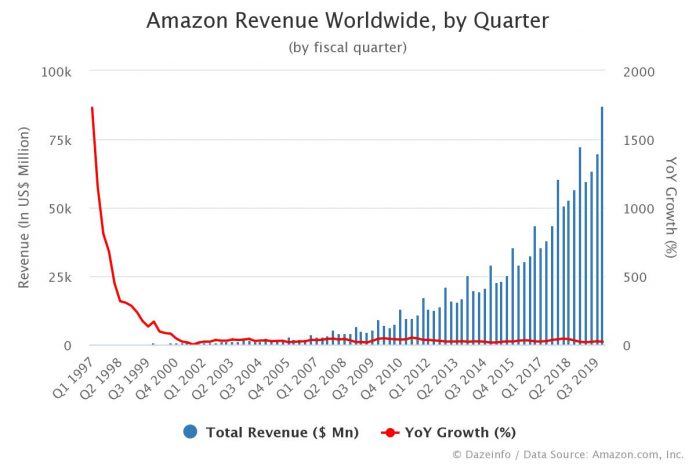 The above graph represents Amazon revenue by quarter, worldwide, starting from fiscal Q1 1997 to Q2 2021. The e-commerce giant reported an impressive 27% YoY growth in its quarterly revenue, amounting to $113,080 million in Q2 2021. On a quarterly basis, Amazon global revenue increased 4.2% QoQ.

As the graph shows, Amazon performs better in its fourth-quarter, probably due to the holiday season, compared to the first three quarters in any particular year.

It is important to note that in Q4 2017, Amazon global revenue crossed $50-billion mark for the first time in history. The company recorded an impressive 38.2% YoY growth in its quarterly revenue, bringing in $60,453 million ($60.5 billion).