Home Companies Apple iPhone Sales Are About To Explode As Apple Prepares For The Biggest... 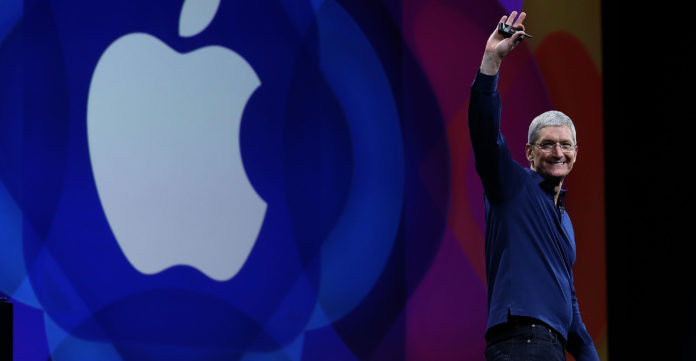 2017 is a crucial year for smartphone giant Apple Inc. (NASDAQ:AAPL). The consequences of this year will be far-reaching and be felt for years to come, especially on the sales of iPhone. As we reported earlier, 2017 marks a departure from the norm for Apple in more than one way as Apple gear up to release not two, but three flagship smartphones. And, that could lead Apple to have record sales of iPhone in its next fiscal year (Oct 2017 – Sep 2018).

While the latest data from Comscore sheds light on why Apple could record the exploded sales of the upcoming iPhone in the US, few other sources and analysts have claimed that the scenario in other markers would not differ much. This leads to few head-scratching questions:

Let us get in deep into the new data and what it suggests for the future.

Is Apple iPhone Market In the US Stagnating?

Last year was bittersweet for Apple at the global level. After playing catch up for the past 5 years, Apple finally beat chief rivals Samsung in terms of smartphone shipments in Q4 2016. Of course, they had some help from the infamous Note 7 debacle which ended up hurting Samsung quite a bit. However, Apple’s own smartphone sales fell well below expectations. In 2016, Apple sold 212 million iPhones globally, which is down 8% from 2015. Many consumers levelled accusations at Apple for being “boring” and failing to innovate with the iPhone 7. Apple also courted controversy and user backlash over their decision to remove the 3.5 mm headphone jack from their newer phones. In terms of smartphone market share in the United States, things have been pretty stagnant over the last few years. The smartphone market in the US has almost reached a stagnation point with 81% penetration. Traditionally, the US has been a dominant market for Apple, and the trend continues. Since December 2013, the iPhone’s market share has only increased by a solitary point, from 42% to 43% in December 2016. Meanwhile, Samsung improved by 3% point during the same period and now stand at a 29% market-share, still leaving Apple with a sizable lead. This, however, does not mean that the sales of iPhone have stagnated despite the saturating smartphone market in the US. In fact, iPhone ownership in the United states has reached an all-time high, with nearly 85.8 million users in Q4 2016.

Apple User-Base Growth Trends in the US

By the end of Q4 2016, iPhone ownership in the US reached a record high. The growth was mostly driven by sales of the of the newer iPhone 7 and iPhone 7 Plus. There are some interesting trends that emerge from the latest sales data:-

Since the June of 2015, the number of iPhone users in the US has been stagnating. This is hardly surprising in a mature market like the US. Comscore’s data shows that smartphone penetration has reached 81% in 2016 in the US, with 94% penetration in the 18-34 age group. Avenues for further growth are slim, with the 55+ age demographic the only viable option. However, this demographic is notorious for lack of affinity to technology, and any growth is liable to be extremely accretive. However, stagnant sales in a saturated market would suggest that Apple has managed to cultivate self-generating upgrade cycles. Comscore’s report points out the increasing popularity of larger displays on smartphones in the United States. From September 2014 to December 2016, smartphones owners in the US with <4.5-inch screens have fallen by around 66%. Meanwhile, users with 4.5+ inch screens have grown by around 166%. Apple’s sales figures seem to be flowing the same trend. In December 2014, after the launch of the iPhone 6 and 6 Plus, sales were primarily driven by the iPhone 6. 7.9 million iPhone owners decided to go with the iPhone 6, whereas only 3.7 million went with the larger iPhone 6 Plus. The trend towards larger screen devices is reinforced by the relatively poor sales of the smaller iPhone SE, which experienced incremental growth and only has a 3 million strong user-base.

The most significant feature of the report by Comscore lies in the breakdown of device ownership of Apple users. As of December 2016, iPhone 6 series users mark the largest demographic among US iPhone owners. Around 48.4 million users are on the 6 series and 17.8 million on the 5 series. These users, along with the 3 million iPhone SE users are a ripe target for the upcoming upgrade cycle.

iPhone Sales Are About To Explode Worldwide

By now, it’s been established that in the US Apple is strengthening its presence as well as making the users fall for the latest version of iPhone every time. Either through existing customer base or by luring premium customers of Android devices, Apple is able to keep users hooked on the new version of iPhone every time. The global scenario of Apple iPhone is not much different from the US. As of April 24, 2017, nearly 57.2% of currently active iPhone users are using either two-generation or older iPhone. This is all time high. To put things in perspective, in April last year the figure was just 42%.

With above figures, it’s clearly evident that Apple has got a big window of opportunity with the upcoming iPhone to mark the 10th anniversary more memorable. Besides the US, which accounts for nearly 40% of global iPhone sales every quarter, China and India are the two important markets for Apple. Nearly 20% of quarterly iPhone sales take place in China, while the figure is India is also quite sizable, albeit in single digit. In nutshell, 60% of iPhone sales take place outside the US market every quarter and these are the markets where people are still hooked on the obsolete version of iPhone.

“The iPhone 6 was responsible for the biggest upgrade cycle in history”, according to BGR’s Yoni Heisler.

The iPhone’s current install base will be nearly 80% larger entering the iPhone 8 cycle than it was back during the launch of iPhone 6. BGR estimates a 25% iPhone upgrade rate for existing users. These numbers would suggest that Apple is about to experience sales in the US and worldwide like never before. Analysts at Morgan Stanley are expecting a 20% increase in unit sales for 2018, worldwide.

Besides, the improved battery life could also be helpful for Apple to have record sales of the upcoming iPhone. Apple’s implementation of a stacked logic board design and power-efficient OLED displays in its upcoming iPhone 8 should do wonders for its battery life. Macrumors believe these battery life improvements, along with other innovations may push older iPhone owners to drive further upgrades.

That is not to say that Apple’s way forward is hurdle-free. The iPhone 8’s reported $1,000+ price tag could seriously affect the upgrade cycle and result in sub-par sales. Considering its closest competitor, the Galaxy S8, is priced closer to the $750-850 mark, the price differential could be key.