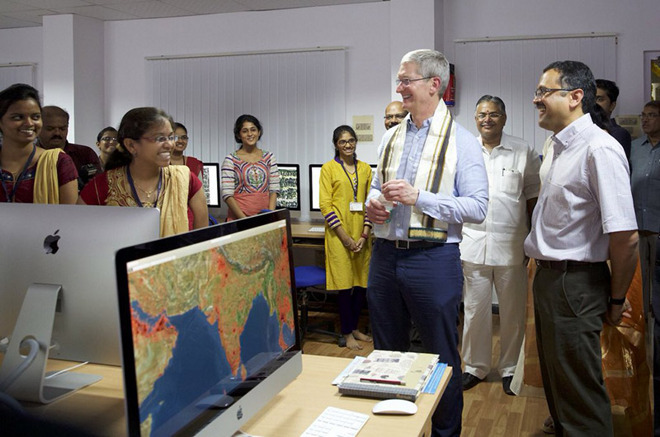 In February officials from the Indian government had confirmed tech giant Apple’s plans to manufacture of select iPhone models in Bengaluru, India. Yesterday, government officials exposed more specific details about Apple’s plan stating that the Cupertino giant will manufacture iPhone 6, iPhone 6s and iPhone SE for now. This is an announcement that has been expected ever since Apple CEO Tim Cook’s visit to India back in 2016. Apple supplier Wistron will be shouldering most of the manufacturing responsibilities. However, the announcement also states that Apple will start out manufacturing only the iPhone 6 and iPhone SE in India.

Apple has a history of achieving incredible success in most markets they enter. However, in this case, Apple face some unique challenges that they will need to overcome in order to tap into the Indian market’s vast potential.

In recent times, Apple has displayed a growing interest in the Indian smartphone market. Ever since Prime Minister Narendra Modi’s “Make in India” pitch, Apple has shown a desire to set up a manufacturing hub in India. Apple currently holds only about 4% share of smartphone market in India. It can be said that until now, Apple has failed to make the most of the potential in the Indian market. However, while Apple was focusing on other fledgeling markets in the past, it can no longer afford to ignore India. Recent reports have suggested that iPhone sales in China are slowing down. Markets in the US and Europe have also saturated by now. As the third largest smartphone market in the world, and one of the fastest growing, India is a potential goldmine for Apple. In fact, Apple’s position in India has already started improving. During 2016, iPhone sales went up by 50% in India. Apple shipped a record 2.5 million iPhones from October 2015 to September 2016.

Why Start With the iPhone 6/SE?

Apple’s decision to start its manufacturing operations in India with the iPhone 6 and SE might appear odd at first. However, upon deeper analysis, this decision makes perfect sense from Apple’s perspective. India’s smartphone market is heavily budget and mid-range oriented. The high-end smartphones costing $300 and above only account 6% of the quarterly smartphone shipments in India. The average selling price of a smartphone in India is hovering $120, which is less than half of the average selling price of smartphone globally. This is primarily due to the fact that per capita income in India is quite low in spite of the fact that it’s estimated to cross $1,700 in 2017. In such a market environment, the lower-priced iPhone 6 and SE models are more likely to sell better. In India, about 45-50% of iPhone sales came from the iPhone 5S or lower in July-September 2016, said Neil Shah, research director at Counterpoint.

Moreover, Apple may be hoping to sort out the kinks of manufacturing in a new location and do a sort of “practice run” before they commit to manufacturing their premium flagship smartphones in India.