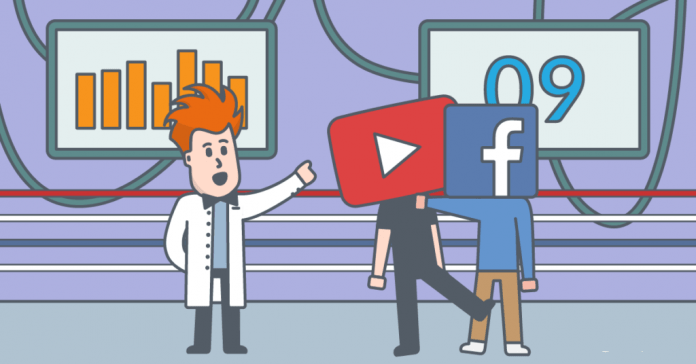 In 2021, Youtube has emerged as the most popular social media platform in the U.S, leapfrogging one step ahead of Facebook!

A survey conducted between January 25 and February 8, 2021, by research frim Pew Research highlights that a whopping 81% of people in the United States watch Youtube, which is followed by Facebook that is used by 69% of the survey respondents.

The recently released study report also highlights that every 7 out of 10 Americans still use social media platforms despite the surfacing of several controversies and negative sentiments about big tech time and time again.

The report, aptly titled ‘Social Media Use in 2021’, showed that 81% of those surveyed use Youtube, which has risen by 8 points from 2019, wherein only 73% used the video-sharing platform. After that, Facebook grabs the 2nd spot at 69%, and then Facebook-owned Instagram holds the third spot with 40% popularity amid the U.S population.

The 4th spot is currently being held by Pinterest, which is used by 31% of the survey respondents. And 28% of participants reported using the professional social media platform LinkedIn, which puts it at the 5th spot.

Snapchat with 25% is at the 6th spot. Twitter and WhatsApp both with 23% each tie for the 7th spot. And Tiktok, which gets used by only 21% of Americans, grabbed the 8th spot on the list.

Note here that when it comes to growth, apart from Youtube, Reddit is the only other platform that experienced statistically significant change as its usage grew by 7 points from 11% in 2019 to 18% in 2021.

The report also found out about the broader use of social media among different age groups in the U.S. Close to 84% of the adults aged between 18-29 said that they ever use any social media platforms, which is similar to those aged between 30-49 (81%).

Pew Research Centre’s study report highlighted that 71% of 18 to 29-year-olds reported using Instagram or Snapchat while 65% said the same for the short-form video app Tiktok.

The survey also found a stark contrast when it comes to the use of social media platforms. For instance, while 65% of adults aged 18-29 said they use Snapchat, only 2% of those aged 65 and above reported using the same app.

All in all, it is well understood, YouTube will be helmed as the 2021’s top-rated social media platform in the U.S, if it is able to keep up the growth momentum throughout the rest of the year.

The Google-owned video-sharing platform quite recently unveiled one of its key metric which helps the company safeguard its user from problematic videos.