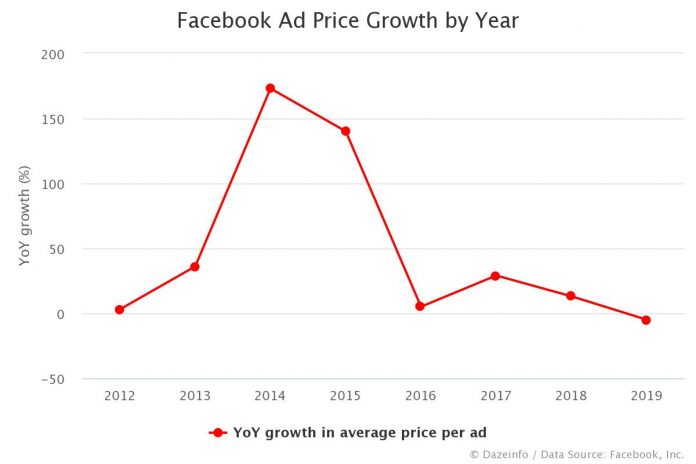 The above graph represents the annual growth in the average price per ad runs on Facebook platform, starting from fiscal 2012 to the recently completed year. On average, Facebook ad price in 2019 decreased by 5%, as compared with an increase of approximately 13% in 2018. This was primarily driven by the increasing proportion of the number of ads delivered as Stories ads and in geographies that monetize at lower rates.

Interestingly, the average price per Facebook ad increased by a whopping 140% in 2015. While the number of Facebook ads delivered decreased by 38%. The year-over-year increase in ads price was driven by a product change related to certain non-News Feed ads during the third quarter of 2014, which decreased the number of ads displayed but increased the prominence of each ad. The increase in price per ad was also due to the higher number of ads being shown in Facebook News Feed.