Home Brief This E-Commerce Underdog Is Challenging Biggies Such As Amazon And Flipkart In... 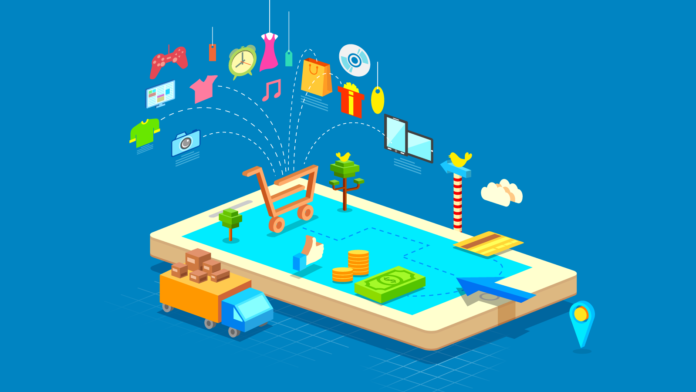 The eCommerce market in India is flourishing like before. All thanks for exploded adoption of Internet and Smartphone. Amazon and Flipkart are leading at the forefront of the e-commerce boom but they might want to start paying attention to a popular Chinese rival that could potentially give them run for their money in the coming years according to a study conducted by techArc on Indian Ecommerce 2020.

The e-commerce behemoths Amazon and Flipkart are largely banking upon the smartphone revolution. And, why not, the Internet economy of India estimated worth $120 billion in 2020 and a sizeable share of it would be coming from smartphones. Lately, these two giants were the two top-most installed m-commerce apps in India between October and December 2019 according to the study. Around 7 out of 10 Indians shop through these apps on their smartphones nowadays.

But the surprising element comes in the form of a Chinese player that has been strengthening its presence in the market. A new Chinese rival named Club Factory recently ranked as the third most installed m-commerce app on Indian smartphones during the same period.

This was quite a surprise as other more authoritative e-commerce players such as that of Myntra and Ajio are left behind. However, Being a niche player, Club Factory doesn’t seem to be an immediate threat to Amazon and Flipkart.

“To grow as a sustainable m-commerce platform in India, having multiple product categories with (a) wide range of options to choose from is an important prerequisite,” said Faisal Kawoosa, founder and chief analyst at techARC. “Other platforms are not able to garner much attention, primarily due to their limited offerings which makes them niche m-commerce platforms.”

1 out of every 3 mobile shoppers in India has used Club Factory now. It has a very strong supply network as the Chinese online retailer kicked-off as a data analytics platform for manufacturers first. They have an aggregated database of over 1,00,000 suppliers and they reach shoppers well beyond the metropolitan cities of India. According to Kartik Hosanagar who is a professor of technology and digital business at the University of Pennsylvania’s Wharton School the popularity of the Club factory is based on the right combination of a variety of pricing and trendy designs.

Flipkart and Amazon still happen to be leading as of right now in the e-commerce space according to techArch’s study. Most of the consumers who have been making purchases on these devices are mostly driven by discounts that come in the form of grand festival offers. However, consumer habits have largely pivoted.

Changing consumer habits is one of the core reasons that players like Club Factory have been gaining momentum. As the market now is evenly spread between monthly shoppers, users purchasing on need-basis, and those triggered by offers and promotions, discounts are no longer the sole trigger for consumers to make a purchase. Club Factory’s catalogue focuses on an affordable range of products and charges zero commission from sellers.

It is being speculated by techArch that if Flipkart and Amazon want to keep on leading the e-commerce boom of India, they have to most past just catalogue selling and start leading the space through technological interventions. A need for a more immersive experience to the overall process of shopping was also expressed by them. In the meantime, Cub Factory who was certainly an underdog in this space has shown remarkable growth beyond other niche players and must be taken note of by Amazon and Flipkart.