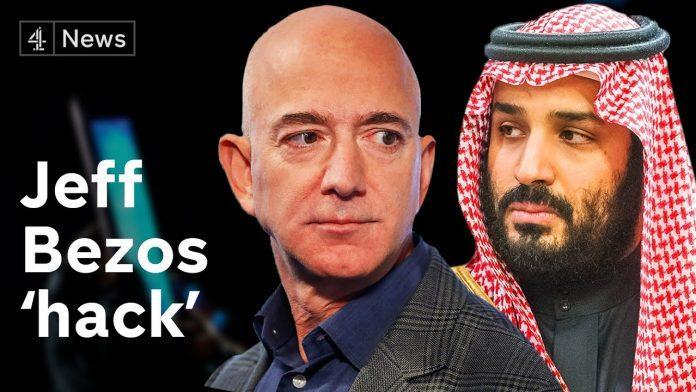 Hacking someone’s phone through some malicious app or by injecting some code is nothing new. But when the matter belongs to one of the richest people on the earth, Jeff Bezos, things are bound to go nasty! The blame game has started and it has involved Facebook and Apple now!

The incident took place in 2018, when large amounts of data, almost 300 times more than usual, was recorded being discharged from Bezos’ iPhone X. Bezos commissioned an investigation into the matter by FTI Consulting in 2019, which studied the matter at length and came to the conclusion that the Amazon CEO’s phone was hacked by Mohammed Bin Salman, the crown prince of Saudi.

In a recent twist, some of the experts find Facebook equally responsible for the damages faced by Jeff Bezos. They explained that World’s most popular messaging app must block such files, carrying some malicious codes, at the server level itself. Facebook, which acquired WhatsApp for a whopping $21.8 billion in 2014, must take equal responsibility here.

Obviously, Facebook is not ready to agree to it. Nicola Mendelsohn, Vice President of Facebook, rather believes its Apple who should actually be blamed.

At the World Economic Forum in Davos, Switzerland, Nicola said “One of the things that it highlights is actually some of the potential underlying vulnerabilities that exist on the actual operating systems on phones.”

Interestingly, one of the other executives of Facebook is completely sceptical about the whole incident.

Nick Clegg, Facebook’s top policymaker, also attempts to shift the blame from Facebook to Apple, albeit in a most bizarre style.

He also added “It’s a bit like if someone sends you a malicious email, it only comes to life when you open it. I suspect it must have been something like that, so something would have affected the phone operating system.”

It’s important to note that hackers are also employing advanced techniques that don’t necessarily require to open the file. In the case of Jeff Bezos as well, the malware was designed to allow the Saudis to access all files on Bezos’ phone even if the video was never played – something that Nick Clegg completely missed, perhaps.

On the other hand, Apple has completely denied commenting on the matter.

The Great Hack: The Whole Issue

It all started with a recent disclosure about the possible hacking of Jeff Bezos, CEO – Amazon.com. A report with supporting evidence about the same was recently released, almost a year and a half after the allegations were first made. FTI Consulting’s investigation suggests that Bezos’ phone was hacked on 1 May 2018 when he opened an MP4 file sent to him by a WhatsApp account used by the crown prince of Saudi. The investigators have stated that they can say with “medium to high certainty” that the video contained malware.

Most experts believe the hack’s purpose was to gather ammunition against Jeff Bezos due to his connection with The Washington Post.

Bezos, who is most well known as the founder of Amazon, is also the owner of The Washington Post, a media firm heavily reproving and persistent in its coverage of Saudi Arabia and its questionable handling of all its critics.

The Saudi government was involved in the murder of Washington Post columnist Jamal Khashoggi in 2018 on his trip to Turkey. Khashoggi was an extremely vocal critic of the Kingdom and was killed by Saudi intelligence operatives.

Saudi’s statement on the matter was contradictory, before finally stating the incident as a rogue operation carried out by operatives functioning independently of the State.

Suspicions still persist due to MBS’ malicious statements against the journalist. How this conflict and allegation play out would have severe consequences for Saudi’s foreign affairs and general impression in world politics. Saudi’s relationship with Amazon has already suffered a blow due to the events listed above. Following the Khashoggi murder, Saudi’s deal with Amazon to build data centres in the country was stalled. The deal was valued at $1 billion, but no developments regarding the same have occurred to date.

No traces of spyware found

The investigation, however, cannot cite any concrete evidence regarding the matter due to WhatsApp’s encryption of all exchanges that take place on the messaging app.

Additionally, no traces of the malware can be found on Bezos’ device, either, which is being attributed to the use of untraceable spyware such as Israel-based NSO Group’s Pegasus or a similar program by Italy-based Hacking Team.

Both developers denied involvement in the case when approached by Reuters for a statement.

The report makes up for this by filling gaps using other evidence.

Just as it did the first time the allegations surfaced, Saudi Arabia is denying any involvement in the hacking of Jeff Bezos’ phone.

Adel al-Jubair, Saudi’s Minister of State for Foreign Affairs told CNBC that the allegations were “based on false and unproven allegations”, dismissing the issue as “people trying to sensationalize something that is pure fiction.”

The Saudi embassy in the US also spoke up against the matter in a tweet calling for a fact-checking investigation on the ‘absurd’ allegations.

U.N. to launch Probe into the matter

Agnes Callamard and David Kaye, two rapporteurs who work as independent watchdogs for the U.N. released a statement recommending the body formally investigate the matter.

Citing the 2019 FTI Consulting forensic report, the statement said, “The alleged hacking of Mr. Bezos’s phone, and those of others, demands an immediate investigation by the U.S. and other relevant authorities, including investigation of the continuous, multi-year, direct and personal involvement of the Crown Prince in efforts to target perceived opponents…The information we have received suggests the possible involvement of the Crown Prince in surveillance of Mr. Bezos, in an effort to influence, if not silence, The Washington Post’s reporting on Saudi Arabia.”

While the recommendation is not binding, the team is working on compiling a report of its own regarding Mohammed bin Salam’s involvement in the cyberattack. The report is due later this year.