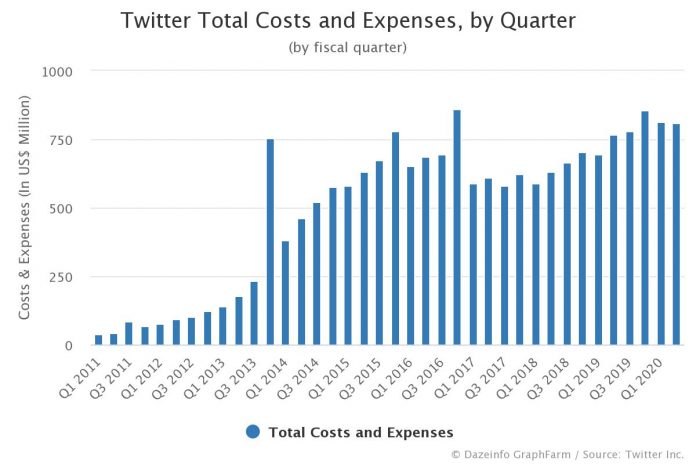 The graph “Twitter total costs and expenses by quarter” includes the total cost of revenue, Research and Development expenses, Sales and Marketing and General and Administrative expenses the company did in a particular quarter.

Surprisingly, in Q4 2013, the microblogging network increased its total operating costs and expenses to $752.35 million, from just $ 121.02 million in Q4 2012. That represented an astonishing 521.7% YoY increase. In December quarter, the company’s R&D and sales and marketing expenses increased a massive 352.3% QoQ and 189.6% QoQ, respectively.

In Q3 2014, the total costs and expenses by Twitter surpassed the $500-million mark, globally.