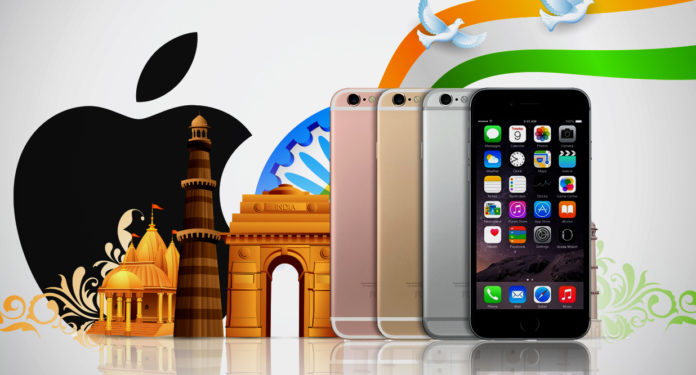 Apple is also planning to open three brick and mortar stores, called Apple Store, in India, other than an online store. The first brick and mortar Apple Store is set to open in Mumbai. Apple has already had a manufacturing factory built in Bangalore through its Taiwanese partner Wistron, although the manufacturing here is only limited to a few models. It will allow Apple to get around the 20% duty that is mandated on the imported devices in India. But is that the whole story? Let us look at it in a little more detail.

The impact of the US-China trade war

A large part of the reason behind Apple’s push in India has been influenced by the ongoing trade war between the US and China. The Cupertino giant has always heavily depended on its Chinese consumer base to generate a significant portion of their revenue. In addition to that, a lot of Apple’s manufacturing is based in China itself. It is also the largest market for smartphones in the world.

But the trade war means that Apple may come in the firing line at any point of time. That could result in increased tariffs, decreased production or even a ban on Apple products, something similar to the ban imposed on Huawei in the US.

India: An Alternate Of China

So what is the obvious solution? Setting up an extensive manufacturing and retail network in the second-biggest smartphone market in the world, India.

With revenue dependencies on China getting risky, Apple is focusing the capturing the massive Indian smartphone consumer base. This is also after a year where Apple saw its sales slump down from 2.6 million devices sold in our country in 2017 to 1.7 million devices in 2018. In addition to that, Apple’s iPhone sales in India dropped to a record low in Q1 2019 These plans will also work towards improving the numbers in the local markets.

Even, Ravi Shankar Prasad – IT and Electronics minister – said that Apple is planning to turn India into an export hub by expanding its manufacturing base in the country. Maybe it will allow them to better compete with the likes of Samsung and One Plus in our country through the means of an aggressive pricing strategy.

Quite some time back, we outlined how India is going to be crucial for Apple in order to achieve its global ambitions. A couple of years from then, Apple seems to have realised India’s importance and given ample priority to it.