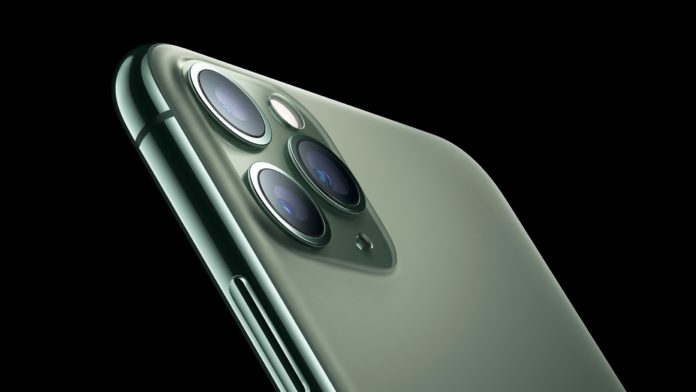 At a time when much smaller companies, such as OnePlus, is boasting about its 5G capabilities in OnePlus 7 Pro, the question is quite obvious. It’s not just OnePlus that is placing its bet on 5G market; LG and Samsung have also launched their 5G version of devices. And that too, either at a lesser or almost equal price of non-5G iPhone 11 Pro Max.

Still, it is extremely naive of us to expect Apple introducing 5G with iPhones 11 Pro and iPhone 11 Pro Max. The reason behind, however, isn’t just the technological aspect of it.

5G in the US: The Homegrown Market

It’s estimated that 5G would account for 15% of total mobile connections worldwide by 2025. When translated into subscriber base it’s indeed huge – a whopping 1.4 billion. But that’s six years away from now. The rollout of 5G is still at the nascent stage in all the developed countries, including the US and China – markets that matter the most for Apple. By the end of 2020 when 5G will start making its presence felt among users – albeit very marginally – Apple will be ready with the successors of iPhone 11 Pro and iPhone 11 Pro Max.

There isn’t a single reliable source of 5G out there in the US at this point in time. Network providers like Verizon, AT&T and T-mobile haven’t yet achieved the results with 5G to make everyone switch, yet. Part of the reason for this might be the fact that they use millimetre-wave technology. While the speed seems to be alright, it is the coverage aspect which is posing problems.

On the other hand, Sprint uses mid-band spectrum technology for its 5G network. While it may not be as fast as the companies operating in millimetre wave technology, it is definitely more reliable. This is because mid-band offers better coverage than its competitor. But even this 5G technology is only present in a few cities across the US. Therefore, it can be safely concluded that the whole of the US is not ready for 5G, yet.

5G iPhone: A Threat In China

While the 5G condition in the US can be considered to be nascent, it is similar in the case of China. The people in China are expecting a national rollout of 5G in October 2019, where it will be covering 40 cities.

Outside the US, China is the largest market for Apple in terms of iPhone revenue. The lack of 5G in the iPhone might even result in slowing down sales of iPhone in China further. This will be more the case because the homegrown Chinese smartphone players, especially Huawei, have started placing their bet with 5G devices. Huawei being bullish among all, have planned to roll out a series of 5G smartphones for 2020. The already started commercial deployment of 5G now, much ahead of the original timeline of 2020, could put Apple in a tough situation in China. However, it will take not less than a year for carriers to achieve stabilisation of 5G network in the country. Hence, it’s quite unlikely that 5G as a feature will drive the sales of any of those smartphones. The effect of 5G on the sales of the iPhone is expected to remain minimal in China.

Unpredictable iPhones are a Risk for Apple

Apple always makes sure that its upcoming iPhones are marketed properly. With the recent decline in the sales of the iPhones, it is only natural for the company to focus on stability more than adaptability to new technology. With 5G being in a nascent stage, people have no idea how the initial 5G phones are going to react to this new technology. While the network coverage itself is spotty, there have been cases of smartphone overheating and switching to a 4G network. More such problems will come to the fore when people start using the technology on a wider basis. While some are bound to understand the problems associated with adopting new technology, some very easily might blame the network provider or even the smartphone company for not addressing the issues. This is not a place that Apple wants to be in at this point in time.

However, Apple has indeed increased the speeds of LTE for its upcoming iPhone 11. Another interesting thing to note is that iPhone 11 is coming in 3 different models each for iPhone 11, iPhone 11 Pro and iPhone 11 Pro Max. While one of them is for the US, one is for Canada and the last one is for China. This has got to do with the network spectrum bands which are common in different places.