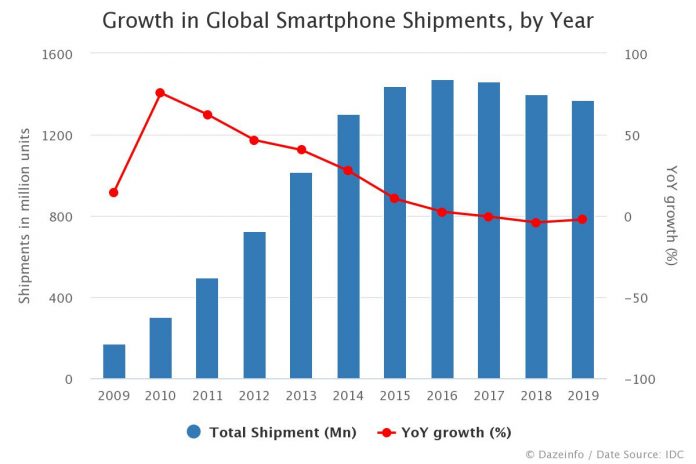 The number of smartphones shipped in 2017 totaled 1.47 billion units. The saturated US smartphone market and increased penetration of smartphones in China were the prime reasons behind a 0.5% YoY decline.

In 2014, the worldwide smartphone shipments reached a new height by recording 26.2% YoY growth. During the year a total of 1.28 billion units of smartphones were shipped across the globe.

As the developed markets started showing signs of saturation, the worldwide smartphone shipment declined the first time in history. In 2017, nearly 8 million lesser smartphones were shipped as compared to the previous year. The demand continued to decline in 2018 as well as the total number of smartphone shipments reached 1.40 billion units.