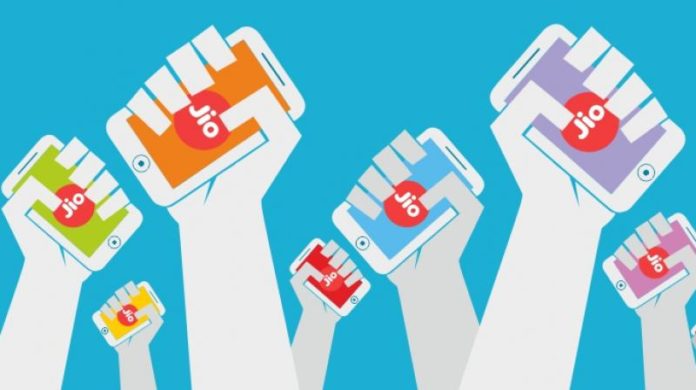 Let’s go back to 2016 – when Mukesh Ambani had just launched Jio. The world turned upside down, because we had never imagined even in our wildest dreams that the Internet could be free, and to top it all, the speed was 4G! Yes, it was the pre-launch offer. Gradually, Reliance Infocom started charging a nominal price for its services, which was still a lot less than what many other telecom providers used to charge from us earlier.

If you do not live under the rock, you would be well aware of the fierce competition between Reliance Jio the rest of the telecom companies which resulted in a massive price drop in mobile data tariffs. All in all, the community that was being benefitted by the telecom war was us – the consumer base. Even after 2 years since the Reliance Jio made its debut, the competition is only fierce.

However, the ongoing price war that commenced when Mukesh Ambani announced his entry is predicted to last only for one or two more years. Hence, this is the time when Jio needs to make the most of it and double its consumer base.

We might be content with the prices that Jio is offering currently, but it is only a few months treat, apparently. Kunal Agrawal, a Hong Kong-based analyst with Bloomberg Intelligence, believes that the party is going to continue, albeit for a limited time period.

“Ambani’s telecom unit will strive to double subscribers to approximately 400 million before they increase the prices. We expect cut-throat pricing and weak average revenue per user to continue over the next one-to-two years, possibly increasing balance sheet leverage for other domestic telecom incumbents,” says Kunal.

215 million People Already A Part of Jio In Two Years

Looking back, Reliance Jio turned out to be the wildest nightmare of the telecom industry. It offered free calls and unlimited data, which were the greatest revenue generating sectors for the other industries. He forced his competitors to either merge with his company or completely quit the industry. The userbase of Reliance Jio has grown to a whopping 215 million, and they have been garnered in a period of only two years. The telecom industry has already reduced into an oligopoly, and according to Kunal’s estimations, Reliance will now target for a dominant market share.

Going by the regulatory data provided by TRAI, Reliance Jio’s market shares have shot up, reaching 18.2% in the month of May this Year. Earlier, the shares were stagnant at a 10%, proving the mettle of this telecom company. Currently, the top goal for Mukesh Ambani is to make Reliance Jio – currently the fourth largest telecom provider – reach numero-uno position by leapfrogging other leading telecom providers. It’s a three horse race now, between Reliance Jio, Bharti Airtel Ltd. and a proposed merger of Vodafone India and Idea Cellular Ltd. This would not be a walk in the park; by the end of May 2018, there were 1.13 million mobile subscribers in India, which will rise to nearly 1.2 billion in the next 2-3 years, estimates Bloomberg.

After the necessary calculations, Reliance Jio needs to account for minimum 33% of the mobile subscribers in India, which translates to 400 million. Although the ARPU of Reliance Jio is estimated to be more than Airtel and Vodafone already, it needs to go through a tough competition and swell its user base before it looks forward to increasing average revenues per user (ARPU) further.

Kunal Agarwal made it very clear that the path is not going to be easy for Mukesh Ambani’s Reliance Jio Infocom. He said that there is a lot of struggle and pain for the firm before the things actually start working out well for them.

All in all, we, the users can continue to enjoy the cheap and unlimited internet data and free voice calls, until Jio decides to raise the prices – putting an end to the price war it has started with the other telecom companies in India.