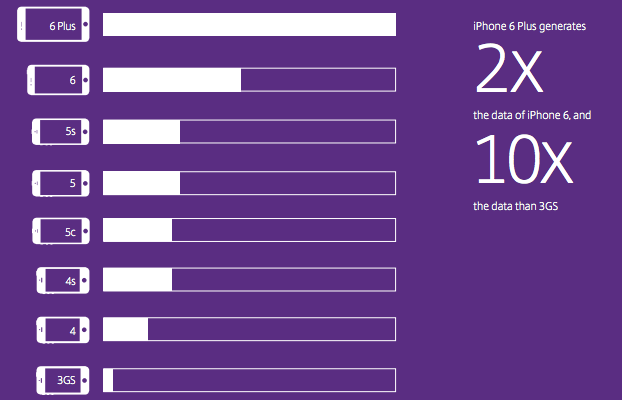 Mobile network carriers might be willing to focus more on selling phablet size iPhone 6 Plus over 4.7-inch iPhone 6; According to the latest annual Mobile Analytics Report from enterprise virtualization firm Citrix, users of Apple iPhone 6 Plus consume more data than those using its smaller sibling, the iPhone 6. The bigger screen of iPhone 6 Plus is apparently helping users to execute number of tasks on the phone, resulting in a greater number of mobile internet hours users are spending on the phone. The report also claims that users of both, iPhone 6 and iPhone 6 Plus, are consuming more data as compared to its 4-inch predecessors. The report points to the fact that the growing usage of mobile data on iPhone 6 Plus is actually eating into the iPad sales. Unlike before, users are not willing to carry iPhone and iPad together. In fact, many prospective buyers are finding 7.9-inch iPad Mini redundant after the introduction of iPhone 6 Plus by Apple. Smartphones have also become a key platform for healthcare apps; the number of mobile health app subscribers using fitness apps has increased to 78% in 2014 from 39% in 2013. Majority of smartphone users use healthcare apps between 5 PM and 7PM.

The above statistics clearly indicate the growing influence of smartphones worldwide. In 2014, 1.2 billion smartphones were sold and a majority of them sported large screens. By the end of 2014, nearly 2.5 billion smartphones have been sold and the increasing competition is making the smartphones more affordable, especially in the world’s biggest and fastest-growing markets – China and India. 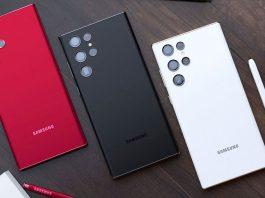 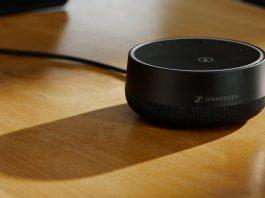