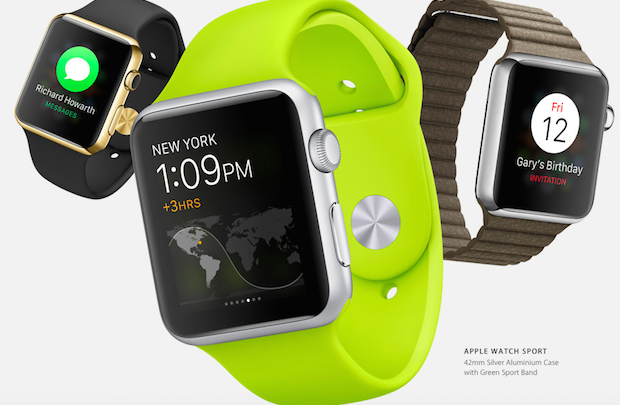 A Forrester Research report suggested that 2015 is likely to be “the year of the wearable.” The technology industry is experiencing a lot of developments and wearable devices are now all set to gain a bigger foothold in the consumer market.

According to the Forrester report, there is already a proven market for products like Google Glass, Pebble smartwatch, and other smart wearable devices from Samsung and Android Wear. The demand rate within the U.S. alone is around 45 percent. The study surveyed technology and business decision-makers and over 3,000 of them agreed that the wearable technology will be highly desirable in the enterprise. Almost 68 percent of participants agreed that this technology is a priority within their organizations while 51 percent said they are a critical, high or moderate priority.

Smartwatches will be in the forefront this year. PriceWaterhouseCoopers surveyed 1,000 consumers to understand what they feel about the wearable market. Almost 59 percent of the consumers accepted that they are most excited as Apple Inc. (NASDAQ:AAPL) enters the market.

Futuresource, a U.K. based research company found that consumer’s intent to buy smartwatches has significantly increased. The company interviewed over 8,000 people and found that “interest in fitness trackers and smartwatches rise by 50% and 125% respectively.” It further noted that iPhone owners exhibited the biggest change after Apple unveiled its watch last September.

Market analysts opine that Apple’s Watch entry will make wearables (especially smartwatches) more mainstream, taking them beyond the technology and fitness enthusiasts. They are quite right as we see other smartwatch manufacturers taking advantage of this enthusiasm revolving Apple Watch. For example, Pebble is back with a new smartwatch model and the release is awfully close to the launch of Apple’s smartwatch.

However, the approaches of these two wearables are much different. While Pebble is a simple and low-fuss device, Apple Watch will demonstrate a more smartphone-like interface by providing fitness sensors to the users who will also be able to receive phone calls on this iOS device. Besides, LG has unveiled its Android Wear device, the LG Watch Urbane.

Considering the growing trend, many industry leaders the likes of which include Hewlett-Packard and Microsoft are now investing in wearables market. A report by BI Intelligence suggested that the market for smartwatches is likely to reach $12.6 billion by 2018.

As we know, Apple will be officially releasing its smartwatch in April this year. The company is expecting to sell anything between 5 million and 6 million units in the first sales session. Apple watch monitors the wearer’s biometrics via built-in sensors and connects to iPhone for telephony and Internet applications through Bluetooth.

Features like these have a great potential to create new demand for wearable devices. But at the same time, industry leaders and potential users have a lot of queries regarding this Apple Watch, especially because Apple is yet to confirm the exact features of its wearable device and a lot of guess works are going around this aspect.

Research from Endeavour Partners found that though almost half of the population in the U.S. fancy more wearable devices, one-third of American consumers who own a wearable device have stopped using it within six months of purchase. Now, that’s a contradiction from the earlier researches and trends we have mentioned.

One logical explanation is that the devices referred in the study are mostly dedicated fitness trackers, which was among the most popular wearables at a time. Wearable devices from Nike FuelBand, Fitbit and Jawbone were once successful with their promise to make getting in shape fun. But market trends and sales figures indicate that there has been a decline in future growth. Why? Well, the reason is quite obvious.

Why do you need a dedicated fitness wearable device when you already have an app to run right on your phone serving the same purpose? It’s more like what smartphones did to dedicated GPS devices. It killed the market by simply adding GPS as one of its features.

But we are talking about Apple here who is known for its innovative technologies. The company placed its smartwatch as an appealing peripheral for the iPhone. You will need a compatible iPhone to enjoy the promised functionalities of Apple Watch. As of December 2013, there were over 300 million iPhone users globally and the number has increased since then. A ComScore report found that Apple enjoys 42 percent of the U.S. smartphone market. The company, therefore has an enormous addressable market for Apple Watch.

All these speculations are based on current iPhone users and there are always chances of more numbers of future consumers who might like to switch to iOS platform only because of the Apple Watch.

Tim Cook recently said that “apps will make the Apple Watch as essential as the iPhone.” This again indicates that the company is planning to take Apple Watch beyond a fitness device.

Here is an interesting thing to notice; Even after knowing that Apple Watch highly depends on iPhone, a lot of consumers have expressed interest in this wearable device. This shows that consumers are fine with the idea that the functionality of these wearables largely depends on their smartphones and they are don;t consider this as a big threat to their smartphone batteries.

This is a great news for designers, freeing them from numerous constraints they can now focus on important factors such as optimised form-factor convenience and better power management. As of now, most wearable devices including  Apple Watch need daily recharging.

But once wearables establish themselves as smartphone peripherals, designers can offload their energy-draining and processor-intensive tasks to the CPU of the smartphones, making the wearables optimized for better power management. This, in turn, will improve their battery capacity.

Coming back to what Tim Cook said regarding the apps. It’s true that many of the apps will easily run on iPhone. But you need to consider the unique form factor of Apple Watch here and think apps leveraging it. One such example would be the real-time heart rate monitor. It is almost impossible to hold your smartphone in your hand entire day to monitor the heart rate. But executing applications like these through wearable devices makes more sense. This is where Apple Watch will gain a bigger foothold, thanks to its “app first” frame of mind.

Jaykishan Panchal is a content marketer at MoveoApps, an apple watch app development company. He enjoys writing about Technology, marketing & industry trends. He is tech enthusiast and love to explore new stuff.