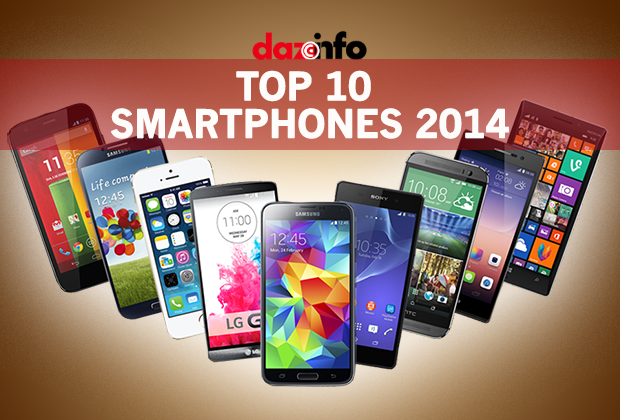 The year 2014 is about to end and we witnessed some explosive action in the smartphone market throughout the year. Apple Inc. (NASDAQ:AAPL) launched the iPhone 6 and the iPhone 6 Plus along with iOS 8. Google launched the new Nexus line-up; the Nexus 6, the Nexus 9, and the Nexus Player along with Android 5.0 Lollipop. Microsoft announced Windows Phone 8.1 and added some new smartphone vendors as their family members. New and interesting smartphone brands like the Xiaomi and the OnePlus have launched themselves in the country to tap the exploding smartphone market.

Now that the GOSF is back in action for the third time in India, followed by the holiday season, we are helping you in choosing the best smartphone for your needs. GOSF (Great Online Shopping Festival) 2014 is a three-day event organised by Google Inc. (NASDAQ:GOOGL) to encourage online shopping in India, wherein huge discounts and deals are offered through more than 450 partnered online sellers in India. But that’s not the end of deals season, X’mas and New Year are also going to follow the GOSF when online shoppers would be hunting for the best deals to grab their most favourite smartphones at the best price. In the last one year, the Indian market has been flooded with the tens of options, especially after Chinese smartphone vendors likes of Xiaomi and Huawei has ventured into the market with some of their best devices. Therefore, to make your life easier we have listed out the top 10 smartphones of 2014 currently available in india. Whatever your budget or preferences may be, you can pick and choose one from the below list, for sure.

A few months back, it was quite unimaginable to buy a great smartphone under the $100 price tag, but the entry of Xiaomi in India has changed the whole smartphone scenario by a lot. The Redmi 1S offers a 4.7-inch HD IPS LCD display, Android 4.3 Jelly Bean, a quad-core Snapdragon 400 SoC, 1GB RAM, 8GB storage, an 8-megapixel primary camera with 1080p video recording, and a 2,000 mAh battery. This device offers the best overall smartphone package among any other competitors in its price range, though Xiaomi’s custom UI, the MIUI might not be everyone’s cup of tea. If you’re someone who doesn’t trust Chinese brands for personal data security or feel uncomfortable using MIUI, you can have a look at the Micromax Canvas A1, which offers a 4.5-inch WVGA display, a quad-core processor, 5-megapixel camera with 1080p video recording, Android 4.4 KitKat, and a promise from Google about 2 years of continued software updates.

Moving a little ahead, we feel that the Redmi Note 4G is one of the best offerings under Rs. 10,000. It features a large 5.5-inch HD IPS LCD display, an octa-core processor, 2GB RAM, 8GB storage, 13-megapixel primary camera, 5-megapixel front-facing camera, and a large 3,100 mAh battery. One of the most interesting aspects about this device is 4G LTE connectivity. No other smartphone vendor is offering a device with 4G LTE connectivity for this cheap. It supports both 4G cellular connections over both 1800MHz and 2300MHz bands. If you’re not so excited about 4G LTE, you can buy a dual-SIM variant of the Xiaomi Redmi Note which features dual-SIM card slots with 3G HSPA+ connectivity.

Alternatively, you can even have a look at the Asus Zenfone 5. It features a 5-inch HD IPS LCD display, a 1.6GHz dual-core Intel Atom Z2560 processor, 2GB RAM, 8GB storage, 8-megapixel primary camera, 2-megapixel front-facing camera, and a 2,110 mAh battery. It features dual-SIM dual standby connectivity and Android 4.4 KitKat onboard.

Just when everyone thought that Motorola will never step back in the Indian smartphone market, the US-based smartphone brand returned with a bang. It launched the Motorola Moto G, which went on to become one of the highest-selling smartphones in the country due to its quality and value-for-money price tag. Motorola then launched an updated Moto G (2014) with a 5-inch HD IPS LCD display, Android 4.4 KitKat onboard, dual-SIM card slots, quad-core processor, 1GB RAM, and a 2,070 mAH battery. Motorola is soon going to offer Android 5.0 Lollipop update for the Moto G smartphone in India.

Even though the Xiaomi Mi 3 is a better choice than the Moto G, but it is currently not on sale in India, making it hard to remember some users. It features a 5-inch 1080p display, quad-core Snapdragon 800 processor, 2GB RAM, 16GB storage, and a 3,050 mAH battery.

The only sensible smartphones under the Rs. 15,000 price-range is the Nokia Lumia 730 Dual SIM. It is based on Microsoft’s Windows Phone 8.1 operating system and features a 4.7-inch HD display, 6.7-megapixel primary camera, 5-megapixel secondary camera, dual-SIM card slots, and a 2,220 mAh battery. It clicks some amazing images and lasts really long, thanks to a larger battery.

Launched earlier this week along with some confusing scenarios about its ability to provide software updates, the OnePlus One is hands down, the best smartphone in its price range. It is currently available for Rs. 21,990, exclusively available from Amazon and features a 5.5-inch Full HD IPS LCD display, a powerful quad-core Snapdragon 801 processor, 3GB RAM, 64GB storage, 4G LTE connectivity, and a large 3,100 mAh battery. If you are not in favour of the OnePlus One, you can have a look at the HTC Desire 820. It features a 5.5-inch HD IPS LCD display, an octa-core Snapdragon 615 processor, Adreno 405 GPU, 2GB RAM, 16GB storage, and a 2,600 mAh battery. The speciality of this device is its cameras, both the cameras sensors have a resolution of 13-megapixels and offer autofocus, LED flash, and 1080p video recording.

Even after nine months of its global launch, the Samsung Galaxy S5 is still one of the best smartphones out there, especially after a huge price drop. The Galaxy S5 features a 5.1-inch Full HD Super AMOLED display, an octa-core processor, 2GB RAM, 16GB storage, 16-megapixel ISOCELL camera, and a 2-megapixel secondary camera. It features fingerprint sensor for additional data security measures and a heart-rate monitor and S Health application for tracking health and fitness related data respectively. Its 2,800 mAh battery easily lasts a day. If you want a dual-SIM smartphone in this price range without compromising on hardware specifications, you could consider the HTC One E8 or the Lenovo Vibe Z2 Pro.

If you find Samsung’s TouchWiz UX too overbearing, you should consider the HTC One M8, which is priced at around Rs. 38,000. It features an amazing metal unibody, 5.0-inch 1o80X1920 p display, HTC BoomSound 2 stereo speakers, quad-core Snapdragon 801 processor, 4MP UltraPixel camera, and a long-lasting 2,600 mAh battery. The best thing about the One M8 is its build quality, appearance, HTC Sense UI software.

The LG G3 is one of the most compact high-end smartphones right now. It features a 5.5-inch QHD IPS LCD display in an enclosure, which is generally used for smartphones with 5-inch displays. Priced at around Rs. 35,000, the LG G3 features Android 4.4 KitKat, Snapdragon 801 processor, 2GB/3GB RAM, 16GB/32GB storage, 4G LTE connectivity, and a 3,000 mAh battery. Its 13-megapixel primary camera is assisted by Laser Autofocus for faster focusing speeds, LED flash, and 4K video recording. LG is already rolling out the Android 5.0 Lollipop update for the LG G3.

If you are a Windows fanboy, you can consider buying the Nokia Lumia 930. It features a 5-inch 1080p AMOLED display, Snapdragon 800 processor, 2GB RAM, 32GB storage, and a 2,420 mAh battery. The main attraction point about the Lumia 930 is its 20-megapixel primary camera with OIS, 4K video recording (coming soon), and its metallic construction.

If you crave for high-end specifications, but not at the expense of a large screen on a smartphone, you should get yourself a Sony Xperia Z3 Compact. Priced at around Rs. 41,500, the Sony Xperia Z3 Compact features a 4.6-inch HD Triluminous LCD display, a quad-core Snapdragon 801 processor, 2GB RAM, 16GB internal storage, and a long-lasting 2,600 mAh battery. The most interesting aspects of the Z3 Compact is its compact body, high-resolution camera, 4G LTE connectivity, and a 2-day battery life. Alternatively, you can also choose a Samsung Galaxy Alpha, which is known for its metal design and its high-end internals.

If you have to choose the best Android phablet in the world, bar price, it would definitely be the Samsung Galaxy Note 4. It features a large 5.7-inch QHD Super AMODED display with a specialised stylus dubbed as the S Pen, a Snapdragon 805 SoC, 3GB RAM, 32GB storage, 4G LTE connectivity, and a massive 3,220 mAh battery. There’s a 16-megapixel camera on the back with optical image stabilisation and 4K video recording. There’s also a 3.7-megapixel front-facing cameras, using which, you can capture selfie panoramas. TouchWiz offers some great productivity related features such as Multi-Window, Pop-Up Apps, S Note, Air Note, etc.

But, if you want to use the latest and greatest Android software, you should have a look at the Motorola Nexus 6. It runs the latest Android 5.0 Lollipop and features a 5.9-inch QHD AMOLED display, Snapdragon 805 SoC, 3GB RAM, 32GB storage, 13-megapixel camera with 4K video recording, and a large 3,220 mAh battery. It is priced at Rs. 43,999, which puts it in competition with the Galaxy Note 4.

The Apple iPhone 6 Plus was one of the most awaited smartphones of the year as it is the first time Apple has crossed the screen size barrier. iPhone 6 Plus is equipped with a 5.5-inch 1080p IPS LCD display, a dual-core Apple A8 processor, 1GB RAM, 16/64/128GB internal storage, 4G LTE connectivity, fingerprint security, and a 2,915 mAh battery. It has an 8-megapixel camera with dual-tone LED flash, optical image stabilisation and 1080p video recording.