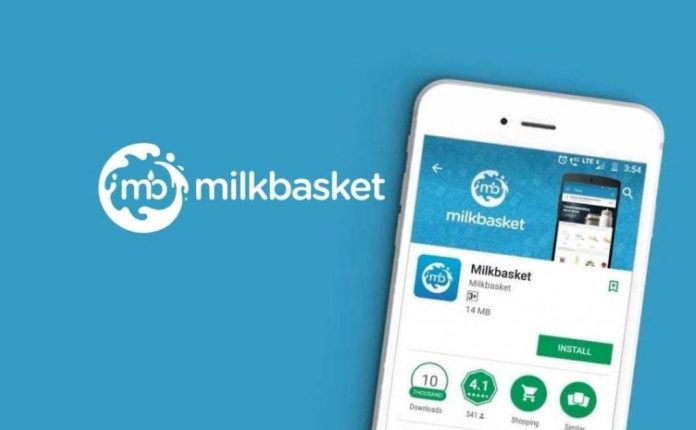 Finally, some light at the end of a very long tunnel for Milkbasket.

According to emerging reports, the online milk delivery startup MilkBasket is all but set to be acquired by Reliance. The subscription commerce company, founded in 2015 by Anant Goel, Ashish Goel, Anurag Jain, and Yatish Talvadia, are engaged in the process of navigating the finer details of the deal.

Even though both the parties have intended for the details to kept understandably on the down-low until the final agreement is reached, people in the know have suggested the size of the deal to be in the range of $40-$43 million.

The ongoing talks between the companies, which is the second with Reliance, is the lone hope on the horizon for Milkbasket, more so because of one of its lead investors Kalaari Capital pressing the panic button and exiting, leaving the company reeling under financial strain.

Even so, the Gurugram-based firm delivering groceries, milk, and other everyday essentials has been on the lookout for a suitable acquisition for the past many months.

With the deal purported to get a green light soon, it will end the saga which has seen the promising company harried to no end by agonizing circumstances.

Spinning the wheel of options in their quest to find a firm tailored for acquisition, it has turned to BigBasket in March 2020. The negotiations, however, fell through because of valuation concerns. Interestingly, after a year of that incident, BigBasket itself was up for grab and TATA bought a majority stake of BigBasket for $1.2 billion.

In April 2020, MilBasket was in talks with Amazon India that got centre stage, but talks did not materialise into anything of conclusive.

Even as Reliance held out its arms in optimism in August, after buying Urban Ladder, it was Kalaari’s hasty exit sensing an impending crash for Milkbasket that fast-forwarded talks with Reliance again as saviour.

Early-stage investor Kalaari Capital’s hurried sale of its 15.26% stake in MilBasket to Mahendra Nahata-led MN Televentures for Rs 60 crores without the consent of other board members plunged the start-up into deep financial distress, forcing it to combat losses and manage to hold out to potential suitors amidst legal troubles within the investors.

It has to be noted that just a year ago Milkbasket was considered as a strong performer in FY 2020. In a year that saw its revenues rising up 3.8X, the company registered a revue of Rs 322 crores. Despite that, Milkbasket was always hesitant of turning out a profit, and with good reason. The hyperlocal startup’s expenses also jumped to a hefty Rs 337.7 crores in FY 2020, leading Milkbasket to incur losses of Rs 15.7 crores.

Reliance’s acquisition will no doubt inject positive operating cash flows and breed stability. But, more importantly, it will allow MilkBasket to have a bigger war chest to deal with the rising competition and end the future uncertainty.

Milkbasket’s impressive set up of advanced and deep technology across a full-stack supply chain from sourcing to last-mile delivery has seen it serve over 130k households and offer more than 9,000 products including fruits & vegetables, dairy, bakery, and all other FMCG categories, as of June ’20.

With current operations springing from Gurugram to Noida, Dwarka, Ghaziabad, Hyderabad and Bengaluru, it will provide another shot in the arm to compete with rivals such as BigBasket, Grofers, and others.

For Reliance, it would help further the ambitions for making retail their undisputed territory. To the same end, Morgan Stanley, the investment banking and financial services company, has estimated that e-commerce will account for 15% of Reliance Retail’s estimated $19 billion core retail sales by 2023. Reliance’s slew of deal grabs in the segment are indication enough of their strategic onslaught.

For whatever that has panned, Milkbasket will be bowed in prayer hoping all goes to plan with the negotiations with Reliance, because to put simply, for it to have any scope of upscale, Reliance looks to be the last hope.