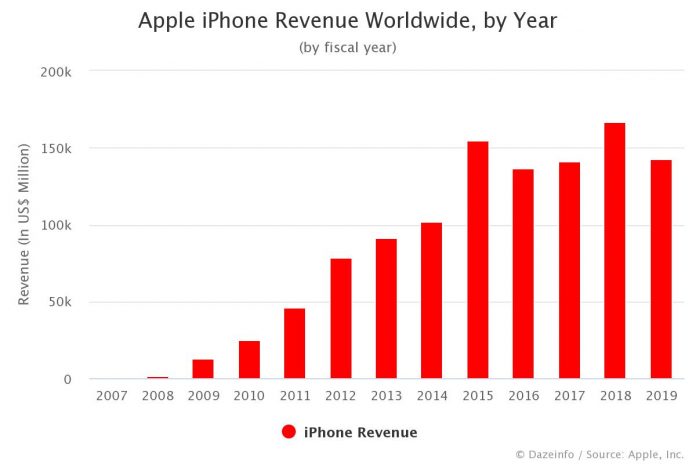 The above graph represents the global Apple iPhone revenue by year, starting from fiscal 2007 to 2020. Surprisingly, the Cupertino giant reported a notable 14.6% YoY decline in its global iPhone revenue, amounting to $142,381 million in fiscal 2019, ended September 28, 2019. The decline in iPhone revenue was primarily due to the declining in iPhone unit sales in major markets.