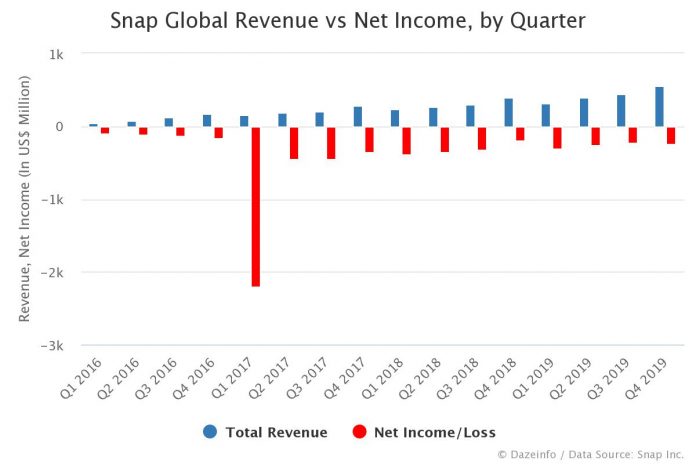 The above graph represents the Snap global revenue vs net income by quarter, starting from fiscal Q1 2015 to the recently completed quarter. In Q4 2019, the social media company reported its highest-ever quarterly revenue of $560.89 million, with a net loss of $240.7 million.

It was Q3 2016 when the quarterly revenue of Snap Inc crossed $100 million mark for the first time. The company reported a whopping 666% YoY growth in its revenue, amounting to $128.2 million. Despite that, the total net loss clocked over $124 million during the third quarter.