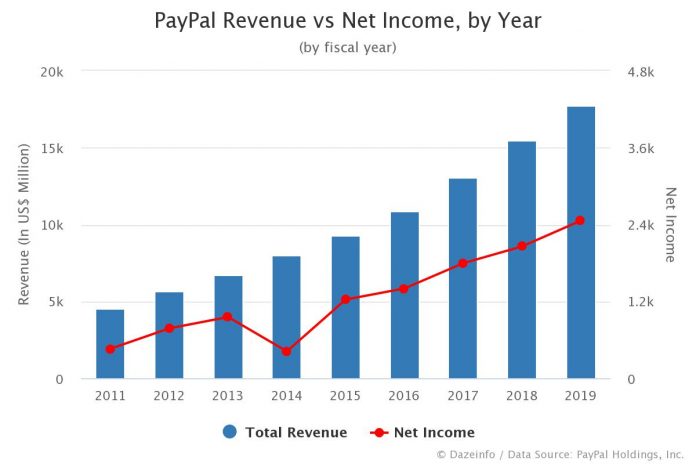 The above graph represents the PayPal revenue vs net income by year, starting from fiscal 2011 to the recently completed year. The company reported its highest-ever annual revenue and net income in fiscal 2019. With 15% YoY growth, PayPal revenue in 2019 reached $17,772 million (17.8 billion), globally. The growth was primarily driven by 23% YoY growth in TPV (Total Payment Volume). On the other hand, PayPal net income in 2019 also reached a record-high of $2,459 million ($2.5 billion), with nearly 20% YoY growth.