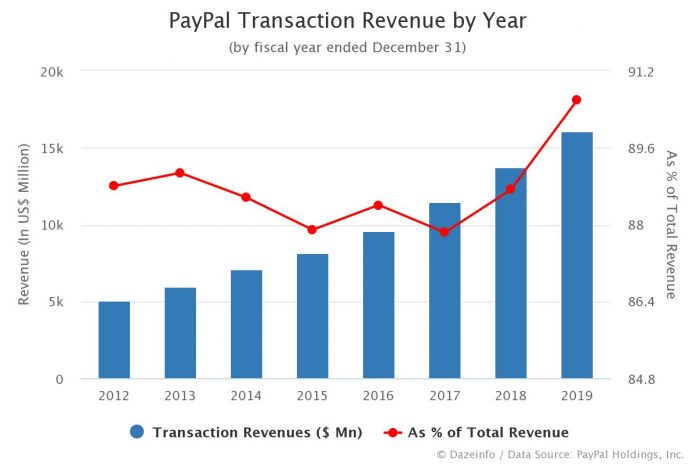 The above graph represents PayPal transaction revenue by year. As the graph shows, a whopping 90.6% of PayPal’s total revenue in 2019 came from the transactions completed on its Payments Platform. The company’s transaction revenues hit a record-high of $16,099 million, with 17% YoY growth. The growth was primarily driven by the growth in TPV and the number of payment transactions.

PayPal describes its transaction revenues as the net transaction fees charged to its merchants and consumers on a transaction basis which primarily based on the volume of activity, or TPV, completed on Payments Platform.