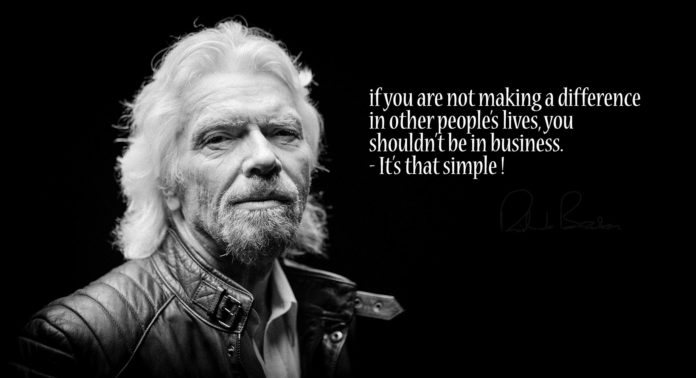 Before we hit straight to the amazing facts about Richard Branson, you are here for, it’s important to talk about a bit of the person who is the role model of many entrepreneurs who are half of his age. If there was a title called “The Most Interesting Man in the World“, Richard Branson, the founder and chairman of the Virgin Group, would have won it for over 40 years now. Known for his billionaire smile and his interest in creating a business that better customer experience, referred to him as “quality“, Richard Charles Nicholas Branson is a guy who has built an empire out of sheer ‘adventure and fun’. With a net-worth of $5 Billion, he still stands by “I was never interested in making money; I like creating things I can be proud of and have fun creating it“.

The 8th richest man in the United Kindom and the 324th richest billionaire on the planet, Sir Richard Branson is celebrating his birthday today.

Owning an astounding 400+ goods and services companies under the name Virgin Group, right from rock records to airlines to soon-to-come space travel, Richard has got a rare mastery in entrepreneurship and leadership. His passion was to crack every territory virgin to him and take on the big bloated monopolistic companies by giving a better experience and more personalization to consumers, in each of these sectors. With more than 55 brands, presence in over 13 geographies and fields spanning from entertainment to entrepreneur support, Richard and his team, through Virgin, have been agile and aggressive in creating new possibilities, throughout.

From cola bottles shaped like Pamela Anderson’s torso to the ‘BA can’t get it up’ float stunt, Richard is known to deal with everyday publicity challenges with creativity and humour. Known to be a risk-taker, and having travelled across many seas on a balloon to generate press interest while having some fun, his this attitude has made him indispensable as a brand, today. In the high-wire of entrepreneurial risks, ventures and adventures he has had, are hidden few very interesting and probably less known facts about Sir Richard Branson.

0. He has had about 14 known brand failures of which some he even turned around and made money for his other cash-crunched businesses. For example, he sold Virgin Records, who had long-term contracts with the likes of Janet Jackson, Sex Pistols and Rollin Stones, to EMI for $1 billion, to revive Virgin Atlantic, his airline company. Apparently, the record business did not stay as profitable as the airlines business, which he runs even today.

1. He credits having exceeded exceptionally as the result of him being dyslexic, which made him able to focus on what he was good at and learn the art of delegation from quite a young age. Richard’s entrepreneurship journey started as early as when he was 13 years old, with growing Christmas trees for selling during the Christmas and rearing parakeets to be sold as pets.

2. With a circulation of about 50000, his magazine ‘The Student‘ he launched in 1966, written for the students, by the students, got more popular albeit less profitable. In 1970, he started a mail-order discount record company that he wished to raise money for the magazine though. To make up for his lack of financial understanding and to make things convenient for himself, he had introduced equal pay where everyone was paid the same. The 1971 postal strike in the UK played devil to him for his mail-order business, got him to ideate and use the opportunity to open a record store with headphones, music players and water pillows to attract youngsters to come and experience the music and buy it. Thus, Virgin Records was born.

3. Five months into it and Richard was arrested for tax evasion as he was discounting his records in part and had figured out a way to evade the 33% record tax. His parents had to bail him out by pawning their home for the same. He wished to save as much money to clear off his debts he had taken to expand to other cities. However, he understood his mistake was almost a criminal offence, took the blame and corrected himself soon after.

4. To pay off a $150,000 penalty and avoid going to court and possibly prison, Branson started a Record Studio and a Record Label under the Virgin Records name, which he launched with his cousin Simon Draper. Their first artist was Mike Oldfield, who recorded his album Tubular Bells which sold 16 million copies, and overnight it put the Virgin brand on the map. This also made Richard a millionaire even before he was about 23. And by 1994, he owned Necker Island in the British Virgin Islands.

5. In 1983, he launched Virgin Vision (later to become Virgin Communications) to distribute films and videos on the television and broadcasting sector and Virgin Games (renamed Virgin Interactive in 1994) which published games for the Amiga, Sega, Nintendo and Sony PlayStation platforms. In 1993, Virgin Interactive created the “Digicel” process, whose technology was first publicly released in Disney’s Aladin for the Sega platform and subsequently on such projects as ‘The Lion King‘ video game. The worldwide operations of these were acquired in a management buyout in 1998.

6. Richard launched Virgin Atlantic Airways and Virgin Cargo in 1984. Upper-Class travellers got free massages and champagne, and Economy customers got free ice cream and unlimited movies and games on their consoles. This differentiated them from the then monopolising British Airways, which, in 1991, stooped to the level of posing as Virgin Atlantic employees and misleadingly informing Virgin travellers of their flight being cancelled and replaced with British Airways’ seats. British Airways requested and settled out of court with Richard’s Virgin Atlantic for $1.1 million (the highest out of court settlement seen then) when sued, as they did not stand a chance surviving the prosecution.

7. In 1986, he took the Virgin Group public and generated $56 million through the IPO. He, however, hated that he was now accountable to an outside board and he bought back the company in two years and made it private.

8. As Branson was not yet rich enough to compete with British Airways on advertising spends, he embarked on a series of breathless ballooning and boating adventures that could quickly catapult his brand name. His 1987 flight across the Atlantic with Per Lindstrand, his experienced co-Balloonist, was raved about in the media for a long time. He survived what people before him lost their lives to. This catapulted his and Virgin’s brand name to an all-time high.

9. In 2004, he took Virgin Mobile, which partnered with other service providers to encash on the Virgin brand name and enable customers to use the ‘pay-as-you-go’ model, the public, with an IPO that valued the company at $1.5 billion.

10. In 2004 again, he announced his intentions to get into commercial Spaceship travel and recreation with plans to not just fly people into outer space, also to let them take a day or two of vacation at his space hotel and restaurant, he was envisioned.

11. In 2006, Richard formed VirginCare which used the technology backbone already set by other Virgin ventures and helped take patient care to a new level. Virgincare provides front line NHS and social care services across the UK and treated more than four million people since 2006. In November 2013, after a multi-million-pound investment and detailed consultation and development, Total Mobile was introduced. This solution eliminated paperwork, supported clinicians’ normal ways of working and provided real-time information about the patient at the point of care community nursing.

12. As airlines including his spew a lot of CO2 into the atmosphere, Branson pledged all profits from his transportation ventures for the next ten years, an estimated $3 billion into research for an Eco-friendly bio-fuel. Due to the spiralling increase in fuel costs, Branson, for the first time, hired Deutsche Bank to assess the value of his 51 percent stake in Virgin Atlantic, as a first step towards selling a portion of his shares. Even Virgin America had lost $400 million dollars before beginning to turn profits in Q3 2010.

13. Sir Richard Branson launched the Council of Elders, a crisis intervention dream team, led by Nelson Mandela. This also brings us to the interesting coincidence of Nelson Mandela’s birthday also being today. He is also one of the world’s richest who has pledged 50% of his earnings for non-profit causes.

14. Among the other not-for-profit ventures, his Virgin Startup and Virgin Unite are all set to encourage more entrepreneurs in building technological and social innovations that can benefit others’ lives and contribute to the well-being and betterment of nature.

With such a mammoth responsibility of philanthropy up his sleeve, a slew of awards and recognitions to live unto, the mischievous twinkle in his eyes and him itching to keep innovating and experimenting with entrepreneurial ventures, we wish this ‘Man of The Millennium’ has another enthusiastic, healthy and fun-filled era to live in. May more Virgins be born and get succeeded.

The post is a part of a B’day Series where we celebrate the birthday of renowned personalities from Tech Industry, very frequently. The series includes Entrepreneurs, C-level Executives, innovators or a renewed leaders who moved the industry with his exponential skill set and vision. The intent is to highlight the person’s achievements and touch base the little known, but interesting, part of his life. You can see the list of all earlier famous tech personalities, including Mark Zuckerberg, Marissa Mayor, Sean Parker, Andy Rubin, Julian Assange, by following this link or subscribe to your daily newsletter.

To make it more exciting, we suggest you make use of the comment section if you are the ones celebrating their birthday with today’s featured personality. 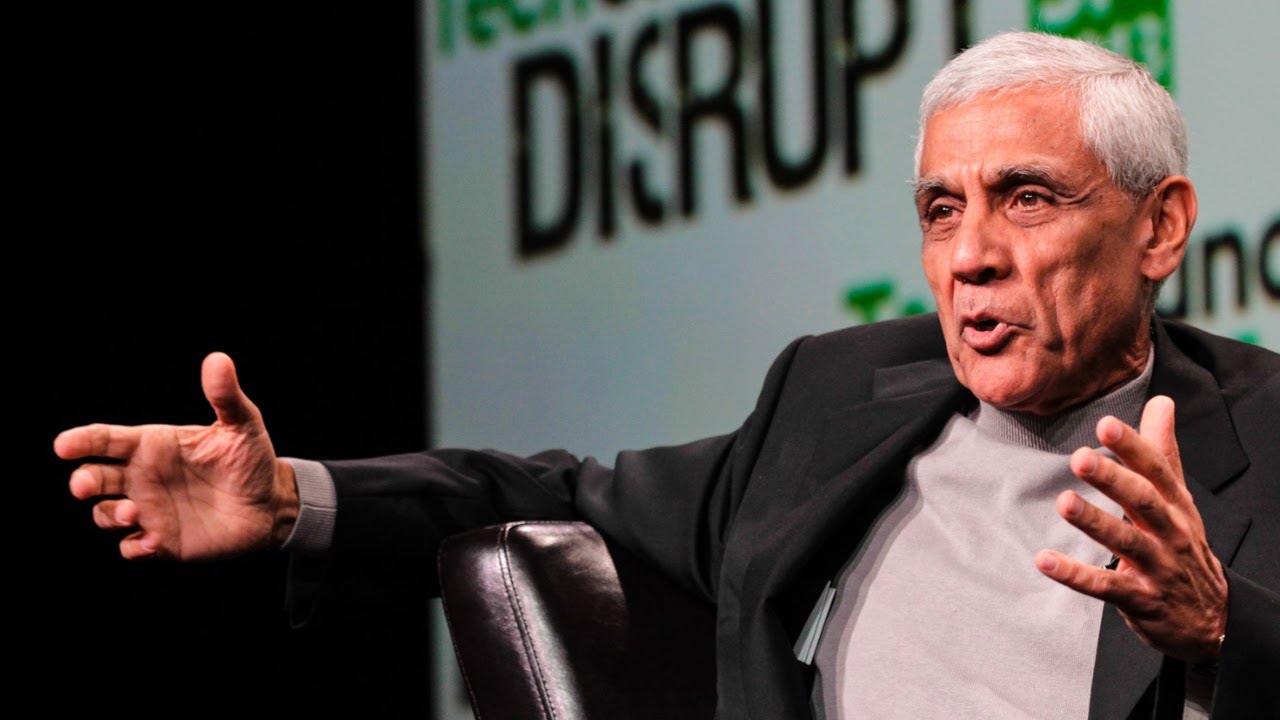