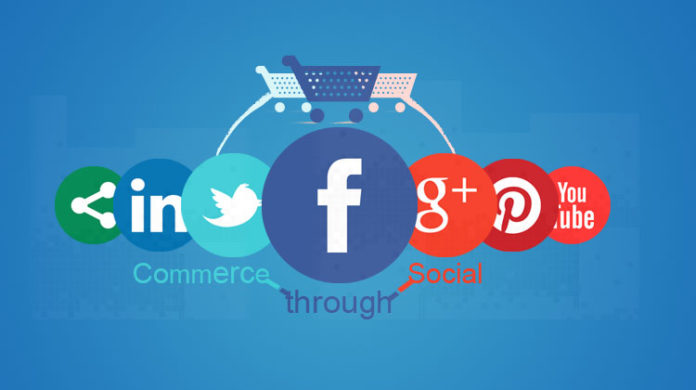 In recent years, social media has become popular worldwide, and its popularity has influenced several industries in due course. With more than 2 billion users, social media has emerged as the decisive influencing platform for consumers of all industries. In the e-commerce context, social media’s impact has guided user intention for purchases. Social media interactions and commitments have positively affected businesses in the last decade, especially in moulding purchase intention in e-commerce.

In fact, an article by ValueWalk quoted that companies generate about $2.4 million every minute through diverse e-commerce channels, wherein most of the revenue is linked to social media, especially popular sites such as Facebook, Pinterest and Twitter. Ecommerce stores can grow with the indirect influence of social media, especially on branding and consumer spending.

A user might become aware of new brands or promotions through their Facebook feeds and then make up their minds to make the purchase later. Social media campaigns, according to Epsilon data indicate shopping habits and trends that facilitate customer engagement than other marketing channels.

Should your E-Store Embrace Social Media?

Most shoppers spend a lot of time surfing the Web, especially on the mobile nowadays. The huge number of hours that users spend on social media on an average drives businesses to invest in popular social media platforms.

This AddShoppers infographic touches upon the impact of social media on e-commerce succinctly.

It is not often that sales show huge impact owing to social media campaigns. As per Black Friday sales of 2013 revealed through a Mashable report, only 1% e-commerce site visits originated from social media, and just a fraction of those visits led to sales. Since then the share of social media in e-commerce sales on Black Friday and Cyber Monday has swelled multiple folds.

Patrick from Elite Strategies claims that sites like Facebook and Pinterest will not have a direct impact on sales, but are efficient enough in building brand awareness. These channels provide the ability to companies to interact with consumers. Additionally, users and prospects can also voice their opinions better on the platform, even a bad experience irrespective of any situation. A business owner can listen to their customers and also issue prompt responses.

Impact of social media on shipping and order fulfilment

When small-business owners look for shipping companies to handle businesses, they nearly opt for business-focused social networking sites including LinkedIn for their feedback.

The Connection between Social Media and Word of Mouth

Nielsen’s Trust in Advertising report revealed that 84 percent of consumers believed that word of mouth was the most effective form of advertising as it prompts purchases. Social media channels connect family and friends who use word of mouth and feedback to buy goods and services. Companies leverage the same channel to increase the buzz around their brand.

Hence although social media marketing might not translate to sales directly, they are perfect tools for building brand recognition, influencing purchasing decisions of consumers around the globe in due course.