During a Bloomberg Technology conference in June last year, Android co-founder Andy Rubin expressed his belief that computing platforms were due for a major revolution in the coming years. When asked what he believed the next platform would be, he said: “It’s about data and people training AI systems to learn“. Rubin clearly believes that AI will be the dominant computing platform very soon.

If recent developments are anything to go by, many of the industry’s titans seem to agree with him. Now, Apple Inc. (NASDAQ:AAPL) is reportedly working on developing a dedicated chip to power AI on its devices.

Apple To Catch Up With Google And Amazon

Like with so many tech innovations in the past decade, Apple was one of the first to bring consumer AI to the mainstream. The launch of the AI digital assistant, Siri, back in 2011 was received with a lot of fanfare and hype. However, Siri did not turn out to be the success story that Apple had hoped, and was relegated as a novelty gimmick.

However, Siri’s relative failure was followed by newer AI based digital assistants from competitors like Amazon and Google. In contrast to Siri, Amazon Alexa and Google Assistant have not only been a runaway success, but their popularity continues to explode.

Apple is now looking fully committed to AI. This is evident by the following:-

Why This Move By Apple Is So Important

Apple’s decision to develop a new chip for its devices has various short-term and long-term implications for the company and the industry.

Artificial Intelligence lies at the core of some very promising nascent technologies. It sits at the heart of Augmented reality, self-driving cars, digital assistants and smart homes. Therefore, it is a very smart move on Apple’s part to commit to its development.

Google And Amazon Retain The Advantage

Despite the big moves Apple is making in AI, Google and Amazon remain firmly in the lead. A while back we reported how Amazon’s Alexa is strongly in the lead in the VDA market, with Google Assistant coming in second. With new competitors like Bixby emerging, Apple and Siri have their work cut out for them.

As far as machine learning is concerned Google has shown that they are industry leaders in that respect. Their Deepmind division’s AlphaGo AI recently defeated world no.1 “Go” player, Ke Jie, in what is a seminal moment for AI development. This only proves how far Google has come with AI and machine-learning research.

A dedicated AI chip is not something new to the industry either. Qualcomm’s newest Snapdragon 835 processor has a dedicated module for AI. Google has its own Tensor Processing Unit (TPU) hardware, which they used in their AlphaGo AI. 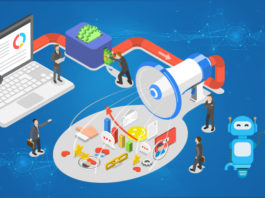 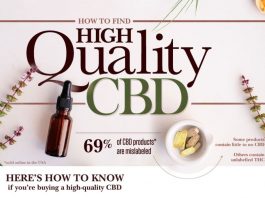