The smartphone market in India possesses an enormous opportunity for smartphone manufacturers. In CY Q3 2016, smartphone shipment in India reached 32.3 million units, registering YoY growth of 11% and QoQ growth of 17.5%. The shipment has crossed the 30 million mark for the first time. Amidst this growth, the Chinese smartphone maker,  Xiaomi sold over a record 2 million smartphones in the third quarter, attaining more than 150% YoY growth. The company sold more than one million devices alone in October 2016, half a million of which was sold in the first three days itself.

Redmi Note 3, which was launched in March 2016, has catalysed this growth to a large extent. As of September, Xiaomi sold 2.3 million units of Note 3 in India. The Chinese smartphone company also launched its 3S and 3S Prime back in August, which made a significant contribution to the quarterly sales figure. Flipkart confirmed that over 1 million units of these devices were sold on this platform.

Xiaomi launched these power packed devices keeping in mind the requirements and buying preferences of the Indian smartphone consumers. The price sensitive and highly competitive India market found a great value for money in Xiaomi’s latest devices. The price for Note 3 starts from INR. 9,999 and for 3S from INR. 6,999 which are strikingly below the average selling price (ASP) of smartphones in India. The company’s strategy to sell the devices at razor thin margin in India has been resulting fruitful so far. But, if the company doesn’t make money from the sales of devices, you may be wondering what is Xiaomi up to? We shall address this in the later part of this article.

Xiaomi primarily focuses on its online sales, but for a dynamic market like India, it had to tweak its strategies. The company had to focus on the offline presence as well in India for which it partnered with The Mobile Store and Redington. The Chinese company also started focusing on offline marketing strategies like print ads in India to grab the eyeballs. Even though the company faced heat from competitors like Micromax, Lenovo, Huawei, Oppo and Vivo, it managed to emerge as one of the fastest-growing smartphone brands in India.

Earlier this year, Xiaomi partnered with Just Buy Live and Innocomm to expand its offline distribution network, with more than 5000 outlets. Xiaomi also opened a manufacturing unit in Andhra Pradesh back in 2015, partnering with Foxconn, a contract manufacturer. 75% of the Xiaomi smartphones sold in India are manufactured in this unit. Moreover, Xiaomi’s employee base has tripled to 150 and after-sales service centres to 160 plus. To support its growing sales, the company has planned to set up two manufacturing plants in India.

However, Xiaomi calls itself a ‘mobile internet company’ as the company aims to capture the whole ecosystem and not just the smartphone device market. Xiaomi has planned to penetrate the market with bolt-on paid services and apps, which could be the major source of revenue for the company.

The festival season in India fueled the sales tremendously and will probably see another spike during the upcoming holiday season. The competition will just get intense with every passing day. It will be interesting to see what the future beholds for Xiaomi in the country which has the negligible contribution to paid services/apps market! 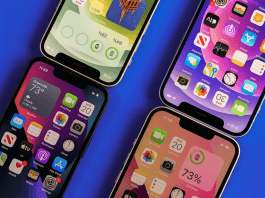 Get rid of iPhone if you are using any of these... 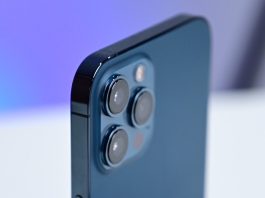