Home Brief You, Me And Net Neutrality In India: Rich Daddy, Poor Daddy 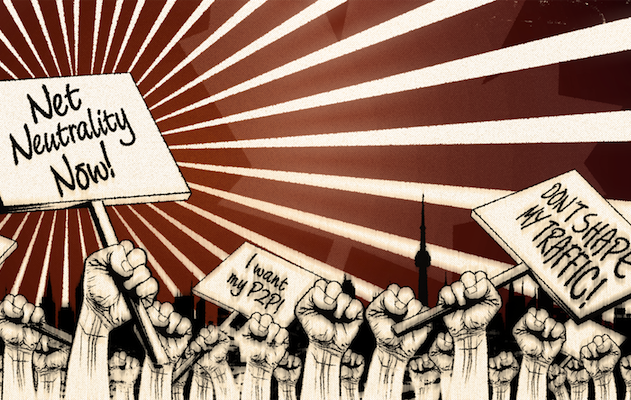 Airtel recently announced that they were coming out with the Airtel-Zero plan which will allow people to use some partner apps and websites on their network without having to pay for data. Most people who saw this in the news for the day either ignored it or actually felt happy that they were going to get free stuff. But then again, only if we read in between the lines you can see the real issue here and how it is against the principles of Net Neutrality and is not a good sign for consumers. Let us take a detailed look at this and understand how it affects you and me.

Before getting into this complicated discussion, let me tell you a short story. There was a rice seller in a town. He set up shop and sold rice to people in that town. He saw that A bought rice from him and made great chicken biryani and that was then packed and sold to people. B bought rice from him and made Veg Fried Rice and sold that to run his business. C bought rice from him and made nice curd rice with fruits in it and sold it. After a while, the rice seller realizes that these are all things that he could have done and made a bigger buck. He then starts thinking of ways to make a kill out of this. He then says that people buying rice from him have to pay different prices based on what they do with rice. A makes biryani and sells it at maximum profit, he will pay the highest price, then B who makes slightly less and then C who makes the least profit. Common folks who buy rice for making food had the same price they paid earlier. Is this a good idea? Would you accept this model?

Let us now take this a little further, A and B get together and form a group, they go to the seller and say we will be team, instead of selling rice, start selling our products, you can discount it, we will bear the cost. The people are happy and start buying biryani and fried rice at discounts. What happens to C? And what about people who like Curd Rice? It is now unaffordable!

The story above is in effect what Airtel is trying to do. They are giving a platform for big companies like Flipkart and even startups to pay them and get to more users. The competitors of these companies lose out on eyeballs and user base.That means the internet network and other carriers would be divided into two lanes – Fast and Slow. Big businesses who are paying to these telcos would have an access to Fast lane and reach to internet users faster and provide a better overall business experience as compared to the ones who are reaching to same internet users through Slow lane. The process is leading to unfair monopolies and loss of choice for the users. The pretext that they are using to peddle this “bundling” is quite baffling. They claim that they have invested heavily in infrastructure and networks and hence when the users bypass them with well-written apps, they are losing revenue. This is entirely a fallacy.

If you remember, even in the earlier days, before Skype and Hangouts and Viber, when you made a long distance call to say the US or Canada, you could feel that it was more like talking on a walkie-talkie, both parties were speaking simultaneously and out of sync. Sometimes there was a severe echo on the line. Well here is the news for you, the Telcos were using VoIP to connect you and charging you for Voice. In that process, making humongous profits. Now that there are Apps like Skype, Viber and Hangouts, they can’t do that anymore, hence they are worried. Add that to the falling price of bandwidth all over the world. Telecom Regulatory Authority of India released a consultation paper on the regulatory framework for OTT services. The authority is clearly toeing the mobile operators’ line. They say all this is because profits are going down? Maybe! But that cannot be the premise for damaging the freedom of choice that internet users have to choose what they want to do online and how they do it. Facebook started this the trend in India partnering with Reliance Communications to offer internet.org on the same lines as Airtel-Zero. Their excuse – “Helping the poor get online”. What they really mean? “Getting more people online and to my friends sites/apps at the cost of killing free choice”. Internet.org does not allow Google search, only Bing and works only on the Reliance ISP network. That should help you understand this better.

But this problem is not limited to Internet users in India. In West, many activities have been fighting for the same for a long time now. In 2010, FCC prevented ISPs (Internet Service Provider) from discriminating and allowed Open Access To All. However, in 2014, the court there said that FCC didn’t hold an authority to command, and allowed ISPs to run their network based on usage and charges. Recently FCC has approved Net Neutrality Law that prevents ISPs to divide their network into multiple lanes for fast and slow connectivity.

Now that we know the problem. What can we do to help fix this? We, The Common Folks, can do a few things to address this.

The First option is to email [email protected] and let them know that you are not in agreement with this and that you would like Net Neutrality to prevail. The second option is to go and sign the online petition here. And share it with your friends. More the merrier. Remember that TRAI is a government body and is tasked with listening to the people. So don’t just read this article and sit there, go and save net neutrality! Now!