Home Brief Hey Apple And Google, Are You Ready To Fight With Amazon In... 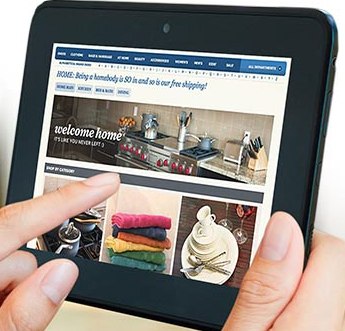 On last Thursday, Amazon sparked out an intense competition in Tablet space when it announced new Kindle Fire HD having LTE capabilities. The Kindle Fire HD will be available in two screen sizes—7-inch and 8.9-inch. Earlier, there were numbers of speculation related to the launch of 10-inch Kindle Fire Tablet, but now, it has been confirmed that no any 10-inch Tablet is coming this year. The company has introduced 8.9-inch screen size Tablets– the size comes between its original Kindle Fire and Apple’s iPad.

Of course, Amazon has experimented with the screen of its original Kindle Fire and I think, 8.9-inch screen Tablet could be a better option for those users who are considering 7-inch screen size is little smaller while 10-inch is little-bit bigger.  But, online retailer has improvised screen resolution of the device to 1920 x 1200 pixels, much higher than the resolutions (1024 x 600) of its original Kindle Fire. I think, the resolution is quite suitable for the 8.9-inch Tablet, even better than screen resolution of Google Nexus 7 Tablet.

Kindle Fire HD Tablet has dual band chip and Amazon has claimed that the tablet is 54% faster than the Nexus 7 and 41% faster than new iPad in terms of Wi-Fi accessibility. Kindle Fire HD is being powered by Anadroid 4.0 OS. The online retailer has also added front facing camera in the device, however,  Google is also expected to implement front facing camera (1.2 MP) in its upcoming Tablet.

The main important thing is that the Wi-Fi version of  the Tablet has been priced for $299, while 4G LTE version will have a price tag of $499—however, it’s said that Amazon will not sell these Tablets in India. How Amazon’s New Tablet Could Be A Threat For  iPad And Nexus 7 Tab?

It’s well-known that Amazon is one of the leading players in terms of content and services ecosystem— that make Kindle Fire  very special. The company has claimed to offer more than 22 million movies, songs, TV shows, magazines, apps and books on the device. Moreover, it has also implemented new immersion reading feature—that combines audible audio and traditional eBooks. Amazon has currently wide and deep digital content ecosystem, which is enough to challenge Apple. And I think, Amazon’s content ecosystem will definitely entice a significant number of users towards its own platform.