VeriSign, a provider of internet infrastructure services for the networked world, has released a list of 25 pioneering .com companies and individuals who have had a lasting impact on internet’s development. Twitter, YouTube, PayPal, MySpace, Alibaba, Baidu, eTrade and Infosys are some of the companies included in the list. Tim Berners-Lee, Vint Cerf, Jim Clark and Andy Grove are some of the internet entrepreneurs who have found mentioned in the list.

The move is a part of VeriSign celebrating 25 years of internet innovation. According to VeriSign, the .com 25 were selected from a group of 75 people and companies nominated for the honour and then ratified by the judging panel composed of business, media, academic and policy leaders. VeriSign believes that these 25 companies together reflect the dynamic evolution of the consumer internet in its first 25 years. As a part of the celebration, VeriSign has also launched a HowDoYou.com contest, inviting people to share their personal stories of how a .com website has changed their lives. The contest will run through August 31, 2010.

“Over the past 25 years, the internet has strengthened communities, transformed economies and allowed people all over the world to come together,” Mark McLaughlin, president and chief executive officer, VeriSign, has said. “All this simply wouldn’t have been possible without the vision, talent and creativity of these companies and individuals. The hundreds of millions of people who now use the internet daily have these trailblazers to thank for the rich online experiences they enjoy today – most of which were unimaginable back in 1985 when the first .com domain name was registered.” 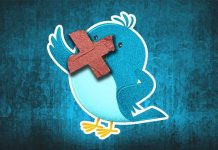