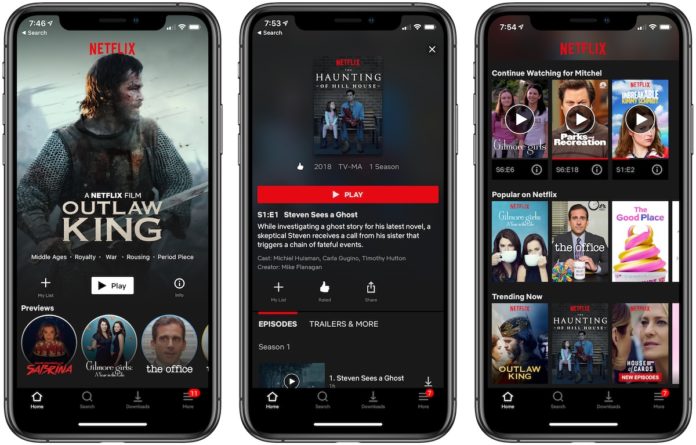 Netflix has reportedly been testing a subscription plan which is targeted only for mobile users. This Netflix mobile-only subscription plan would cut the membership cost by approximately 50%. However, it will only be valid on mobile devices like smartphones, tablets. For PCs and Laptops, people need to go out and avail the fully paid subscription packages. This mobile-only streaming plan is being tested extremely quietly in Malaysia. However, in a statement to TechCrunch, Netflix did confirm the trials of such subscription plans are “running in a few countries”.

But why Netflix is compelled to test a service plan of this sort? Let’s find out!

It is no secret that Netflix is, by far, the most popular video-on-demand service, globally. However, people these days aren’t sticking to their PCs anymore to watch their favourite shows. With the increasing screen-sizes for most smartphones these days, video streaming on the go has been gaining a lot of popularity. This is also valid for people using Netflix as well. According to a report from Recode earlier this year, the mobile subscribers, meaning the people signing up on Netflix on their phones and tablets, account for a significant 35% of all global signups on Netflix. This signifies the importance that the mobile platform is gaining these days.

Netflix’s director of product innovation, Cameron Johnson, had earlier been reported saying that 60% of Netflix’s users around the world open the app on their mobile at least once a month to view their favourite movie or TV show. Hence, the company is now trying to better the experience, relying on a significant amount of people to start watching Netflix through the app.

One of the main reasons Netflix is trying out a low-cost mobile only variant is its Pricing. The one downside of Netflix’s subscriptions is the fact that it is more expensive than most of the other video-on-demand services. Its competitors out there include India’s very own Hotstar, iFlix, HOOQ and Viu. Almost all these are priced aggressively, from $3 and upwards.

Hence, this subscription plan might just provide Netflix mobile users with a cheaper alternative to access their favourite video streaming service. This mobile-only subscription package is said to be available at the monthly equivalent of $4, making it the cheapest Netflix subscription plan out there.

The location of testing of Netflix’s new plan is also pretty strategic from the company’s higher-ups. Malaysia represents the growing consumer market that the OTT platform is currently experiencing. It is no wonder that 79 million of Netflix’s total global 137 million subscribers belong to countries outside the US. And, a significant proportion of this belongs to Asian countries. That is the reason Netflix is choosing to focus on countries with a large potential consumer base. The greatest example of this is their plan for a country like India. Earlier this year, Netflix CEO Reed Hastings said that the company aiming to gather its next 100 million subscribers from India. The company has also announced its plans to film eight original movies and a new series for Netflix India, and 17 original movies from other parts of Asia.

Hence, this subscription plan signifies Netflix’s attempt at appealing to a global population, along with trying to get more people over to the mobile usage platform. Will it be successful? We’ll have to wait and watch.