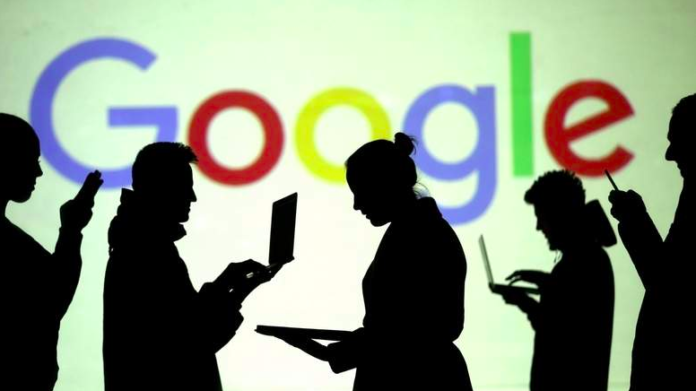 Google Data Centres are crunching a colossal amount of data every millisecond. With the exploded adoption of the internet worldwide, the amount of data being handled by Google Data centres soon may become unmanageable with ever going need of uninterrupted power supply. No wonder, Google can’t wait for the cutting-edge Artificial Intelligence floodgates to open!

According to recent revelations made by Google (Alphabelt Inc. (NASDAQ:GOOG)), the tech-giant has kept an AI algorithm, in charge of cooling down several of its colossal data centres!

If reports are to be believed, Google has been testing on an algorithm over the last few years, which can learn how to cool down a system, in order to keep the power consumption as minimal as possible. Apparently, this system recommended to Data Centers specifically, has led to a total energy saving of 40 per cent. A winsome offer, isn’t it?

Google Data Centres: Keeping Up With The Latest in AI?

“It’s the first time that an autonomous industrial control system will be deployed at this scale, to the best of our knowledge,” – Mustafa Suleyman, head of applied AI at DeepMind, the London-based artificial-intelligence company Google.

Google data centres have many irons in the fire, with thousands of servers to power everything – Be it, Google Search or YouTube. Always on the go, the inside of Google data centres runs hot soon. But in order to maintain its efficiency and reliability as well as keeping the servers from bursting into flames, a wad of resources is used. Hence, it’s no surprise then that top honcho, Google, is going all out for ways of saving costs.

A few years ago, Google, in close collaboration with it’s AI affiliate, DeepMind, started looking out for ways to incorporate Machine learning techniques so that its data centres aren’t even vaguely affected by the heat generated inside. However, at the outset, the initial system could only add some additional guidance while the implementation or changes were to be done by human operators. But now, with the recent revelation, those human operators can take a sigh of relief or can drag one’s feet for a little more time! As a sky-high improvement from the testing phase, these models are now suitable to give the AI-powered system to take over the whole cooling system!  Apparently, the system can operate autonomously with human intervention.

Google is Trusting a Self-Taught Algorithm

This novel system has now adorned most of the data centres owned by Tech giant, Google. On the face of it, the system samples in thousands of sensors in the data centre and with the data received, it opts for the most optimal action.

However, one quick pop-up can be – Are there any chances of one of these data centres going up in flames? Given that there are scheduled checks and optimization at regular intervals, the chances of any mishap is low!

This new algorithm can determine what cooling configurations can cut down energy consumption. This model has been delivering energy savings of 40 per cent on average as of now.

“In the long term, we think there’s potential to apply this technology in other industrial settings, and help tackle climate change on an even grander scale,” Google.

Artificial intelligence is no longer limited to sci-fi novels or movies. Given the fact that, today’s society is largely data-driven, specialized platforms to make smarter decisions is a necessity.

The rise of artificial intelligence is revamping the already established relationship between data centres and power utilization. Google, being the tech leviathan that it is, has been into a heap of pickle and hence, needs to virtually test all its components, from as minute as its chip to as gigantic as its infrastructure. It’s continuing to find novel techniques in order to satisfy energy-saving goals.

But all of this, in entirety, may force one to pick brains for two things – Will Google’s latest implementation fit into this data-driven space? And if at all, it is able to do so, how will it continue to pull strings together?