Home Companies Apple Buying iPhone 7? Make Sure You Are Not Paying for The Inferior... 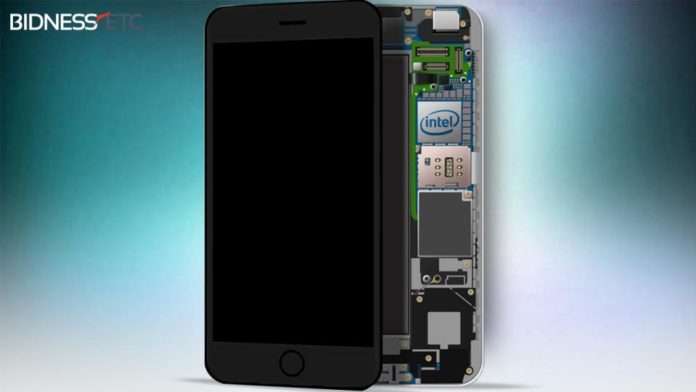 Apple is one of the world’s most popular and trusted premium smartphone brand. The brand delivers high-quality products to its customers without any compromise. However, the recently launched iPhone 7 are reportedly clocking different performance benchmark which will definitely make users annoyed.

iPhone 7 which was launched on September 7, 2016, carries two different LTE modem from Intel and Qualcomm. After a number of tests, there were huge performance differences in cellular connectivity in both the versions of the iPhone 7. The tests were carried with varying levels of signal strengths. According to the test results, the device with Qualcomm modem had stronger connectivity to LTE networks. In overall performance, Qualcomm superseded Intel modems by 30%, and during the time when the signal was weakest, the performance difference soared to 75%.

Apple has been buying chips only from Qualcomm for the past five years. But now, Apple made a risky decision to mix up things a bit. Reportedly, Apple decided to use different chips in the same variants of iPhone 7 only to have an upper hand during financial negotiation with Qualcomm.

Qualcomm powers a majority of the high-end smartphones with LTE modem, which is considered as the most advanced modems in the chip business. Even slightest of difference in performance of the same device matters a lot. In this case, the difference is much more than the slightest. And it means that the customers have to pay the same price as the better one, for the lower quality version of the iPhone 7. For a company of this stature, this move is a very reckless decision as it will only hamper Apple’s brand image. Moreover, this is supposed to be a very inappropriate time for the company to get into any sort of controversy.

4G issue with iPhone7: Effect of the Decision

With the recent Samsung Galaxy Note 7 debacle, Apple’s iPhone 7 has an edge in the market. In the premium smartphone segment, iPhone 7 is the only latest product which has been popular over the years. But with the company constantly playing with the product quality, it will only lose more and more customers. Even in the previous year when Apple launched the iPhone 6s and 6s Plus, there was a ChipGate controversy in which the A9 processing chip was sourced by two manufacturers namely, TSMC and Samsung. There was a difference in the size of the chip due to which the battery life was also different for the same device.

Moreover, now there are reports about the iPhone 7 exploding too. The compromise with the quality to save cost and stay ahead in the competition is making these companies pay a huge amount and not just in monetary terms.

The decision to source the LTE modem from Intel as well is said to be a move to negotiate with Qualcomm over the modem prices. The iPhone 7 costs $224.8 to the company, and the selling price is set at $649. Even after the huge difference in the manufacturing cost and selling price, the company is apparently trying to cut corners by compromising with the quality. Two different modems don’t only mean that there is a difference in the performance, but, also in the quality of the product. Intel modems must be cheaper, as its performance suggests. Customers will be unable to make out which device is equipped with which modem, due to which they might develop a state of confusion whether to buy the iPhone 7 or not as no one would prefer to pay the same price for a low-performance device.

A brand like Apple, which is the most valuable brand in the world, making this move is very embarrassing for the company. People reach deep into their pocket to buy such expensive smartphones from leading manufacturers, which are no more interested in providing the best quality, rather staying ahead in the competition and earning more and more profits.

So, if you are buying iPhone 7, it’s better to make sure you get the device powered with Snapdragon LET modem chip. It, however, may be a bit difficult for users, and for retailers as well in many cases, to find the LTE chip under the hood of iPhone 7, it would always be a recommended move to check before you buy one.