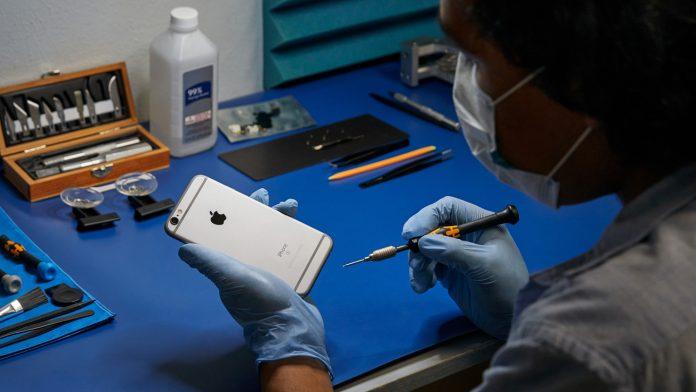 Have your iPhone or iPad ever been reported as stolen? Well, Apple won’t fix it if your device got damaged.

Apple has reportedly issued an internal memo to Apple Stores and Apple Authorized Service Providers, requesting to check if a customer brings in an iPhone for service that has been reported as missing in the GSMA Device Registry.

For those who are unfamiliar, the GSMA Device Registry is a global database where smartphone users can report lost or stolen devices. Companies, such as Apple in this case, check the IMEI number of the device they receive for repair or replacement, if the device is flagged in the system, the request will be denied.

Apple’s new policy aims to prevent stolen iPhones from being replaced with new ones if the “Find My” feature was never turned on.

Therefore, if a technician sees a message in their internal MobileGenius or GSX systems indicating that the device has been reported as missing, they must decline the repair.

The repair of iPhone has always been a challenge for users. A few months back, Apple faced immense criticism after people noticed that any damaged iPhone 13 can only be repaired by Apple’s authorised repair centers. Any independent repair shop trying to repair iPhone ends up damaging iPhone Face ID, which kept iPhone 13 users away from such repair shops. It was a big blow for independent but qualified iPhone repair shops due to the top higher profit margins associated with iPhone repair. However, soon after the uproar, Apple decided to make the tools available to all independent repair shops which are required to fix iPhone 13 without breaking Face ID.

The latest move by Apple will definitely discourage people from stealing iPhones as the phone can’t be easily unlocked. Hence, any attempt to jailbreak will end up damaging the software which can only be repaired by authorised service stations. Now, such service stations are instructed to stay away from such devices, stolen iPhone becomes almost worthless for most thieves.

Here is an interesting article explaining what you can do if your iPhone, iPad, or iPod touch is lost or stolen.